'We Haven’t Had an Outlaw President': CNN Historian Compares Trump to Billy the Kid, Al Capone 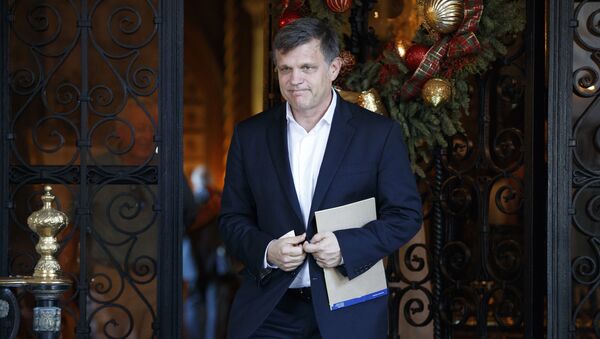 The Democratic-controlled US House of Representatives on Wednesday sent the Senate two impeachment articles against Donald Trump, after the House completed the first stage of the process nearly one month ago. The impeached US president, the third in history, serial-tweeted the bustle around the procedure, complaining that it is unfair.

Douglas Brinkley, CNN's political and history commentator, and a vocal critic of Trump, on Thursday compared the president's rhetoric and actions to infamous criminals including the 19th century outlaw 'Billy the Kid' and 20th century Chicago mafia boss Al Capone, whose name made headlines in the 1930s for his criminal empire.

"We always are trying to compare presidents to each other, but we haven’t had an outlaw president before, and that’s what you have with Donald Trump [...] And incidentally, outlaws in American history get their fans, Billy the Kid or Al Capone, and Donald Trump may be in that swirl", Brinkley said. adding that Trump's stunts, especially in US foreign policy, remain unpredictable.

Brinkley echoed statements from US Speaker of the House Nancy Pelosi, who has repeatedly stated that Trump must be held accountable.

"But he’s going to be seen as acting in a demagogic way and acting in a dictatorial way, trying to smash the foreign policy establishment, diss intelligence gatherers, operating in a whole new way of an imperial presidency that we couldn’t have imagined [...] So it’s very important that Donald Trump was held accountable", Brinkley said, cited by CNN.

The House impeachment of Trump was based on accusations that the US president froze military aid to Ukraine in order to pressure Kiev into inititaing an investigation into allegations of corruption by and at the hands of political rival and former vice president, Joe Biden.

Trump has denied wrongdoing, claiming the impeachment was a political witch hunt by Democrats to reverse the results of the 2016 presidential election.

The Senate trial to choose whether to remove Trump from office is expected to begin next week.