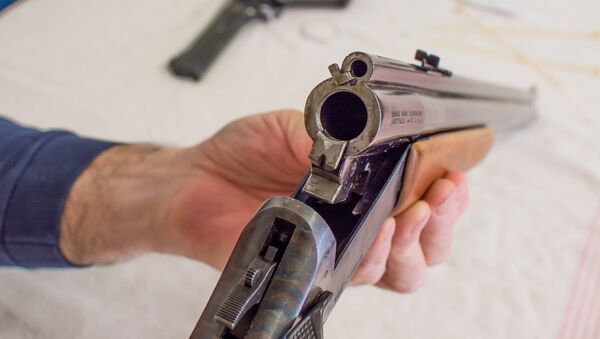 WASHINGTON (Sputniks) - An offer from an Ohio sheriff’s office for free gun training and firearms permits for church security teams elicited hundreds of responses within days, the National Rifle Association (NRA) reported in an article on the organisation’s website on Thursday.

"Probably within two days we had 200 people that sent emails in. We’ve been inundated with people from other states and counties as well", Butler County Sheriff Richard Jones told the NRA publication titled "America’s 1st Freedom".

"We’re only going to train those the church hierarchy wants trained and we’re going to help them set up security, big or large churches, we’re going to make this happen", Jones said.

Jones pointed out that his office has two classes scheduled for February with room for about 50 trainees in each class.

Shooting at Florida Naval Base in December Was 'Act of Terrorism' - US Attorney General
More than a dozen deadly shootings have hit houses of worship in recent years, including a church shooting in the state of Texas last month that killed three people. The attack was halted within seconds when a legally armed congregant shot and killed the gunman.

In one of the deadliest attacks - a November 2017 shooting also in Texas that killed 26 and wounded 20 - a nearby resident shot and wounded the gunman as he drove away. The shooter later committed suicide.