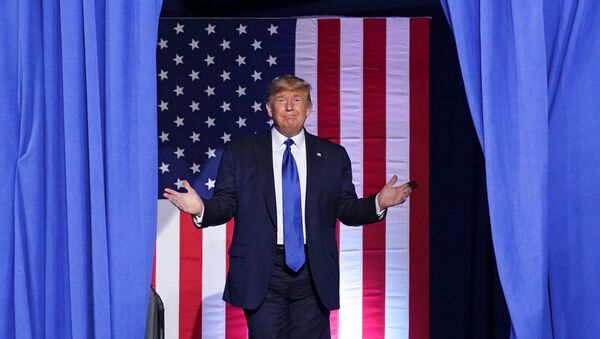 © REUTERS / KEVIN LAMARQUE
Subscribe
Under the Trump administration, the United States has widely expanded its economic leverage to renegotiate international agreements which it considers inequitable to US economic or strategic interests. 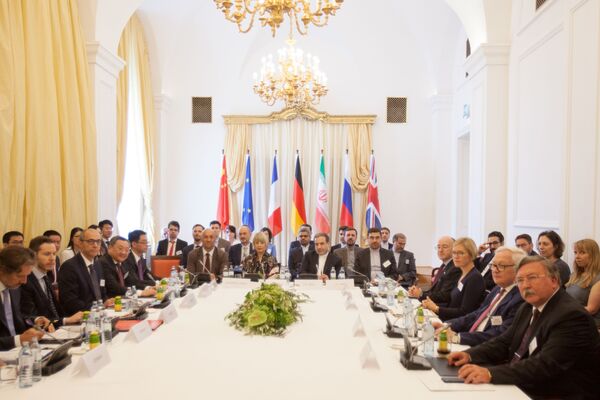 Abbas Araghchi (Center R), political deputy at the Ministry of Foreign Affairs of Iran, and Helga Schmid (Center L), Secretary General of the European Union's External Action Service (EEAS), take part in a meeting of the Joint Commission of the Joint Comprehensive Plan of Action (JCPOA) attended by the E3+2 (China, France, Germany, Russia, United Kingdom) and Iran on July 28, 2019 at the Palais Coburg in Vienna, Austria.
© AFP 2022 / ALEX HALADA