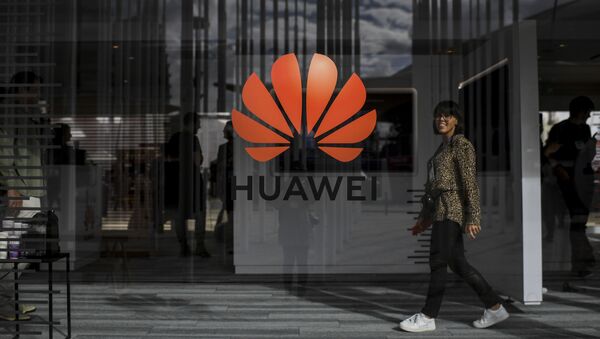 © AFP 2021 / PATRICIA DE MELO MOREIRA
Subscribe
Egor Efimchik
All materials
The proposed rules are expected to cut dramatically the volume of foreign-made goods that contain US components which were shipped to Huawei in circumvention of last year’s trade ban.

The Trump administration is about to narrow a loophole that allowed American tech companies to sidestep its trade restrictions when doing business with Huawei, Reuters reports, citing sources familiar with the matter.

How did US companies work around the ban?

The US Commerce Department last May effectively banned Huawei and its affiliates from buying goods that were either made in the US or contain more than 25 percent of US-origin content.

This means that if less than 25 percent of the technology in a product (a chip or software, for instance) originates in the United States, it falls out of the scope of the ban. Some US companies started using that loophole last year to continue trading with Huawei by labelling their technology as foreign-produced through overseas subsidiaries.

Commerce Department Secretary Wilbur Ross complained in an interview last month that Huawei had been “openly advocating companies to move their production offshore to get around the fact that we put Huawei on the list.”

What will the Trump administration do about it?

Ross said at the time that his department had “flagged an issue we’ve been starting to deal with”, namely whether this so-called de minimis threshold was right.

According to Reuters, Trump’s trade team now wants to lower this threshold from 25 to 10 percent. The ban would also be expanded to cover “non-technical goods like consumer electronics including non-sensitive chips”.

If enforced, the rules in question would dramatically reduce the amount of shipments of US tech goods to Huawei in another step to cut the Chinese telecoms giant off vital technology.

Why does Trump have it in for Huawei?

Huawei’s affair has become a symbol of the drawn-out trade war between Donald Trump and China, waged since 2018 to protect the US manufacturers from cheaper Chinese exports and fix a widening trade deficit.

The Trump administration went after Huawei – the world’s No. 1 supplier of telecom equipment and No. 2 phone manufacturer – last year, citing yet-unverified claims that it could help the Chinese government spy on other countries and companies using its devices. Huawei insists that it is independent from the government and that its products pose no cybersecurity risk.

Apart from cutting Huawei’s access to the American tech market, Trump has also championed a global push to shut it out from the ongoing roll-out of fifth-generation (5G) networks, a promising technology that provides internet connection of up to 100 times faster than existing mobile telephony.

Some US allies, including Japan and Australia, have caved in and banned the use of Huawei equipment, but others like Germany and, most recently, Brazil, have opposed the push.

Despite US moves to keep down its business and global foothold, Huawei announced last month that its sales jumped about 18 percent in 2019 to a record $120 billion. The company predicted, however, that 2020 would be a difficult year because of American sanctions and that survival will be its “first priority”.