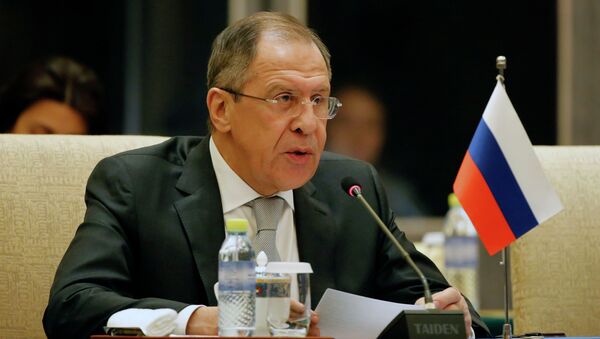 MOSCOW (Sputnik) – Russia is studying possible ways of expanding energy cooperation with India, Russian Foreign Minister Sergey Lavrov told The Times of India ahead of his New Delhi talks, which are expected to focus on trade and economy.

Lavrov told The Times of India that positive relations between the two countries are "self-sufficient" and that his upcoming talks in New Delhi will focus on increasing trade and economic collaboration, as the basis for the broader Russian-Indian cooperation.

According to Lavrov, Russia is also looking for ways to expand energy cooperation with India, focusing on energy efficiency, as well as the development and construction of facilities generating energy from renewable sources. Ways of improving the delivery of Russian energy resources to India are also being worked out.

India is the third largest consumer of energy resources in the world, according to the Russian foreign minister. Lavrov said that in the future, India could become the first non-Arctic state to carry out mining activities in the Arctic, through offshore project cooperation with Russia.