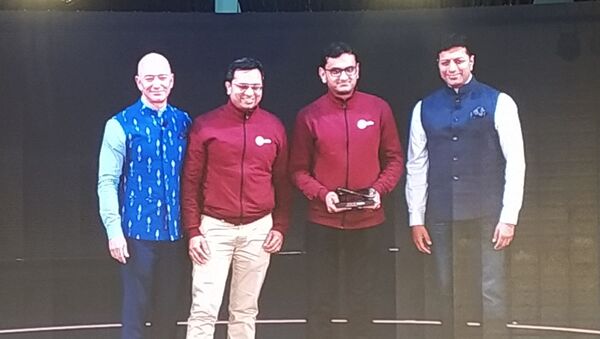 Radhika Parashar
All materialsWrite to the author
New Delhi (Sputnik): Amid nation-wide protests from small and medium business (SMB) owners in India, the CEO of US-based e-commerce giant Amazon Jeff Bezos has made two major announcements in New Delhi.

On Wednesday, Jeff Bezos kick-started the Amazon conclave called "Smbhav" in the Indian capital, putting all dicey speculations around his appearance at the event to an end.

In addition to the $5 billion that Amazon has invested in the country in the past years, Bezos announced an incremental investment of $1 billion to empower SMBs in the country with digital means.

In addition, Bezos also revealed that with its global footprint, Amazon will export $10 billion worth of "Made in India" goods. 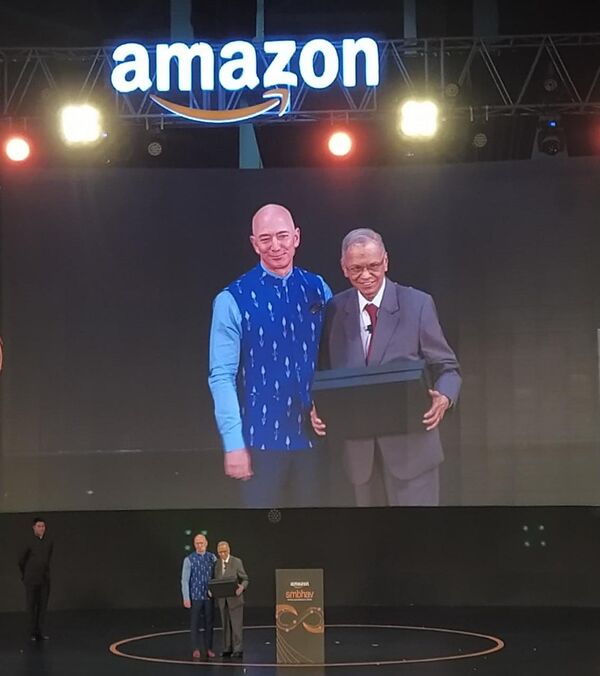 Make in India is the flagship programme launched under Prime Minister Narendra Modi. The policy envisions encouraging companies to manufacture in India. Amazon had earlier said that the Make in India programme connects with its “mission to transform how India buys and sells products”.

So the event started late and #NRNarayanaMurthy, who was supposed to speak for 25 minutes, spoke for just 5 saying, "I do not like delay."

Speaking at the two-day summit being held in the Jawaharlal Nehru Stadium in New Delhi, Bezos predicted that the "21st century is going to be an Indian century" while emphasizing that the Indo-US alliance would be the most important one in this period.

The Amazon founder is on a two-day visit to India, to attend events organised by the company for small scale industries.

His visit comes at a time when the e-commerce giant is facing protests from trade unions in India over “predatory pricing”.

On 14th January, Praveen Khandelwal, Confederation Of All India Traders Secretary-General, said that Amazon and Flipkart are in violation of FDI norms in India, and urged business tycoons including N R Narayana Murthy and  Kishor Biyani not to attend the two-day Amazon meeting in New Delhi on 15 and 16 January.