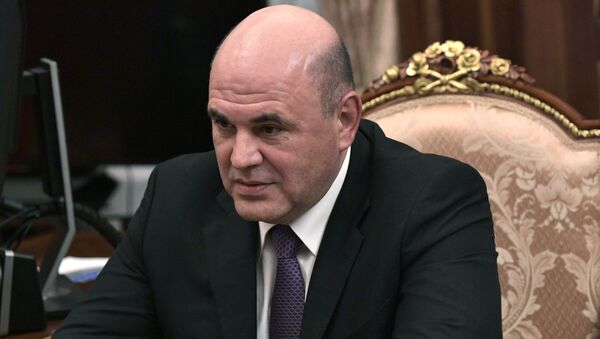 This comes after the outgoing Russian Prime Minister Dmitry Medvedev announced the resignation of the government.

The head of the Russian Federal Tax Service Mikhail Mishustin has accepted President Putin's proposal to become the country's new prime minister, a statement by the Kremlin press service said.

The State Duma, the lower chamber of the Russian parliament, will consider on Thursday the appointment of Mikhail Mishustin as prime minister, the parliamentary press service said.

"The council of the State Duma has corrected the chamber's agenda for January 16 to consider the prime minister candidature," the press service said.

According to the State Duma deputy speaker Sergei Neverov, the United Russia faction in parliament will hold a meeting on Thursday to discuss Mishustin's candidacy for the post of prime minister.

"We will hold a meeting of the faction tomorrow at 9 a.m. [06:00 GMT]. The topic of the meeting is the candidacy for the post of Prime Minister proposed by our moral leader, President Vladimir Vladimirovich Putin. It is necessary to approve the prime minister as quickly as possible, as he will have to form a new cabinet. All the tasks that were outlined by the president in his address to parliament require a speedy solution," Neverov said.

Earlier on Wednesday, Russian Prime Minister Dmitry Medvedev announced the resignation of the country's government following President Vladimir Putin's state-of-the-nation address which proposed significant changes to a number of articles of the Constitution. Among other things, Mr Putin suggested some limits to the president's appointment powers, allowing parliament a greater role in appointing members of the government. He also suggested banning high-ranking officials from holding dual citizenship and foreign residence permits.