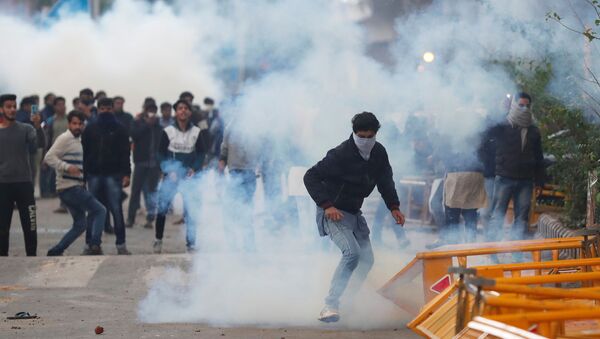 New Delhi (Sputnik): Indian Prime Minister Narendra Modi has repeatedly expressed hope that the country will become a $5 trillion economy by 2024. The size of the economy was $2 trillion when Modi took over in 2014 and has reportedly increased to $3 trillion; India’s GDP growth has, however, ebbed to a six-year low of 4.5 percent.

Alluding to the fact that the country’s retail inflation was 7.39 percent when Modi took over in 2014 and has crept back to that level, at 7.35 percent, Chidambaram said the “circle of incompetent management is complete” in a series of tweets on Tuesday.

Chidambaram referred to the retail inflation data released by Indian government on Monday, which revealed consumer price inflation had registered 7.35 percent growth in the month of December 2019 against 5.54 percent in November 2019. India’s retail inflation has also soared from 1.9 percent in January 2019 to its most recently reported levels.

The circle of incompetent management is complete. Mr Narendra Modi's government started in July 2014 with CPI inflation at 7.39%. In December 2019 it was 7.35%

Food inflation stands at 14.12%. Vegetable prices are up 60%. Onion prices are over Rs 100 per kg. This is the achhe din promised by the BJP.

Chidambaram said even as the country had been rocked by protests due to the Citizenship (Amendment) Act (CAA) and National Register of Citizens (NRC), there was a greater threat due to rising unemployment and declining incomes.

The nation is engrossed with the anti-CAA, anti-NPR protests. Both present a clear and present danger.

The sliding economy is an even greater threat to the country. If unemployment rises and incomes decline, there is the danger of youth and students exploding in anger.

Many took to the streets alleging that the legislation is a violation of the Indian constitution, with protests turning violent, and clashes with security forces seeing at least 25 people lose their lives in states of Assam, Uttar Pradesh and Karnataka.

The country has experienced what has widely been perceived as an economic slowdown, which was triggered mainly by the liquidity crunch among India's financial sector, which, in turn, choked investments. India's Gross Domestic Product (GDP) touched a six-year low at 4.5 percent in the July-September 2019 against 5 percent in April-June 2019. The Indian government has also lowered the growth forecast for the current financial year (April 2019 - March 2020) to 5 percent compared with 7 percent projected earlier.