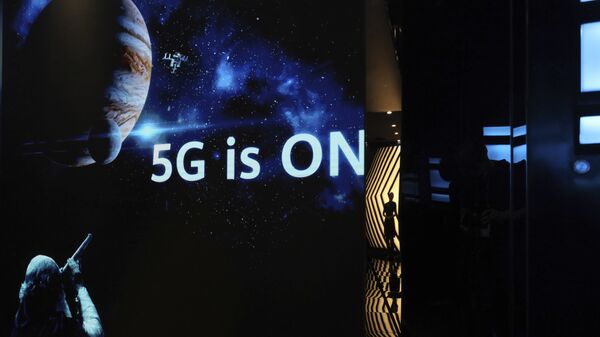 © AP Photo / Ng Han Guan
Subscribe
Svetlana Ekimenko
All materialsWrite to the author
Ahead of the looming decision by the British government on whether to allow Huawei to build up the infrastructure for its next-generation mobile networks, the head of MI5, Andrew Parker, said over the weekend that he saw “no reason to think” that using the Chinese tech giant’s technology should threaten intelligence sharing with the US.

British ministers have been told by Washington that allowing Huawei technology access to UK 5G networks would jeopardise the allies’ intelligence sharing, writes The Guardian.

A visiting delegation led by US President Donald Trump’s deputy national security advisor, Matt Pottinger, presented a dossier on Monday, 13 January, which they asserted contained compelling new proof of the security risks of relying on Huawei technology in future phone networks. In light of this evidence, they are believed to have underscored that granting the Chinese company access would be “nothing short of madness”.

The delegation reportedly claimed that Chinese spies, allegedly employed by the People’s Liberation Army, also worked for Huawei, adding that the firm “had played a role” in supporting the “re-education camps” for the country’s Muslim Uighur minority.

It is reported that the six-member team of US officials, that also included Chris Ford, an assistant secretary in the US State Department, and Robert Blair, special envoy for international telecoms, would not reveal the details of the “relatively recent information” they had shared with their UK counterparts, which is understood to be of a technical nature.

The officials are claimed to have intimated that members of Congress would want to review the long-established US-UK intelligence-sharing relationship in future legislation, depending on the British government’s final move on the matter.

While over the weekend the head of MI5, Andrew Parker, said he saw “no reason to think” that using Huawei technology should threaten intelligence sharing with the US, a senior US official on the delegation seemed to contradict this, and was cited by the publication as saying:

“Congress has made it clear they will want an evaluation of our intelligence sharing.”

Referring to the impending UK decision regarding Huawei, another member of the team added:

The US delegation is believed to have spoken to at least one cabinet minister, writes the publication, despite sources initially suggesting they were only going to meet civil servants.

Even the fact that the UK cabinet had voted last spring to allow Huawei to supply non-core technology such as mobile phone masts and antennas in future 5G networks, this would not suffice to allay Washington’s concerns, the US officials are said to have indicated.

Dismissing US allegations of implied security risks, a Huawei spokesperson was quoted as saying that the company had supplied the UK for the past 15 years and parliamentary committees established there were no technical reasons for banning it from supplying 5G equipment.

“And now, Andrew Parker, the head of MI5, says he has 'no reason to think' that the UK’s intelligence-sharing relationship with the US would be hit if Britain continued to use Huawei technology. 'We’re confident the government will take a decision based on evidence – not unsubstantiated allegations,'” added the spokesperson.

Huawei has consistently denied that it has ever been asked by the Chinese government to introduce secret “back doors” into its technology.

The last-ditch lobbying on the part of the US comes as UK Prime Minister Boris Johnson has been expected to make a final decision about Huawei after previously receiving advice from the UK’s security establishment that any perceived security risks could be contained. 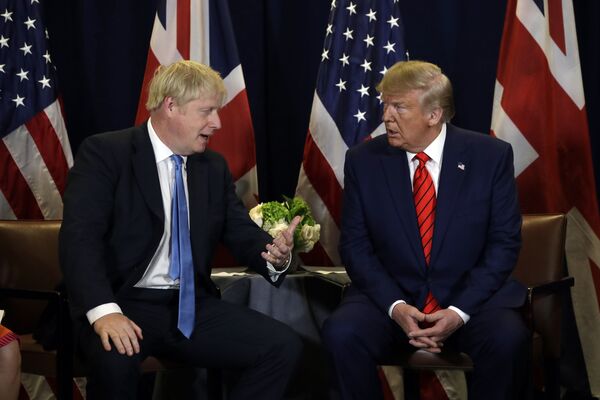 Some inside the UK government and within the telecoms industry have been suggesting that Johnson might favour a decision similar to the one taken by ex-Prime Minister Theresa May’s national security council in April 2019. At the time it was agreed to allow Huawei to build some “non-core” parts of the network - the antennas and base stations used on masts and rooftops.

The decision on Huawei is particularly crucial as crunch post-Brexit trade talks with Washington and Brussels loom after Britain formally leaves the EU at the end of January.

The US has long maintained that Huawei’s telecommunications equipment may be designed to spy on foreign corporations and countries on behalf of the Chinese government – something that both the company and Beijing have vehemently denied.

The US and two of its partners in the Five Eyes intelligence alliance, Australia and New Zealand, have fully banned Huawei from their 5G communication networks over cited security risks, with Washington now doubling-down on warnings to Canada and the UK to make up their mind on Huawei.