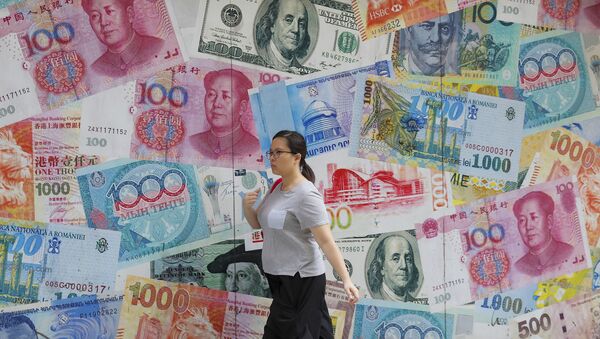 © REUTERS / Kin Cheung
Subscribe
International
India
Africa
BEIJING (Sputnik) - China, as a responsible nation, would never resort to currency manipulation in response to trade wars and other outside challenges, the Chinese Foreign Ministry spokesman, Geng Shuang, said on Tuesday, following the United States' decision to remove Beijing from its list of currency manipulators.

"In reality, China has never been a currency manipulator, and the latest conclusion of the US side corresponds to facts and the international community's consensus," Geng said.

The spokesman added that when it came to responding to trade conflicts and other external shocks, "China is a responsible major nation, which is not engaged in a competitive currency devaluation and will never use currency as a tool."

He also said that China intended to continue reforming its currency market, perfect its currency system and maintain a stable renminbi exchange rate.

Washington designates certain countries as currency manipulators for deliberately devaluing their currencies through the intervention of central banks. In August, the US gave this label China, accusing it of manipulating the renminbi exchange rate to gain an edge in US-China trade relations.

The US revoked China's status as a currency manipulator on Monday, ahead of the signing of the phase one trade deal between Washington and Beijing on 15 January. According to US Treasury Secretary Steve Mnuchin, China has made real efforts to avoid currency devaluation and promote transparency and accountability.