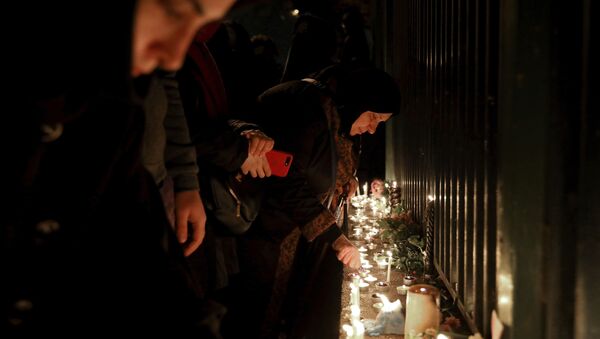 On Sunday, Iran summoned UK Ambassador to Iran Rob Macaire amid reports that he had taken part in an illegal rally the day before. Macaire had been previously detained after leaving the gathering but was released shortly afterwards.

In the video, the envoy is seen in a company of a man surrounded by a crowd of people. The two men are seen talking but their speech is inaudible in the footage.

Macaire was arrested on Saturday in Tehran on accusations of participating in protests that allegedly called for the punishment for the responsible parties in the fatal error that led to the downing of the Ukrainian Airlines Boeing last week. He was released mere minutes after his detention.

The ambassador flatly denied the accusations, saying that he simply attended a vigil to honour the memory of those perished in the tragedy.

The UK Prime Minister Boris Johnson condemned the arrest as a "breach of international law".