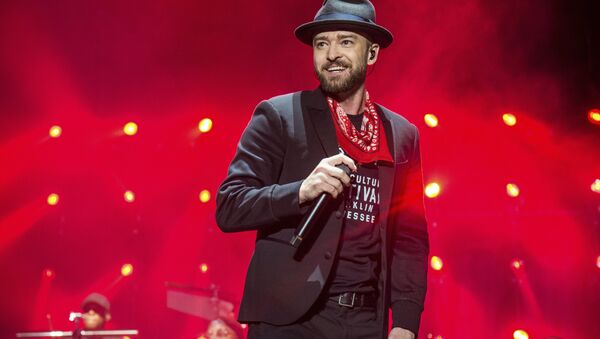 Two scammers allegedly pocketed $100,000 that investors had given them to organise a fake Justin Timberlake’s benefit concert for the Sandy Hook Promise Foundation.

Authorities say 51-year-old Nancy Jean and 41-year-old Carissa Scott, who run Canvas Media Group, which promises to “book any artist, band, comedian, entertainer, [or] celebrity for your event,” collected the money as a deposit toward booking Justin Timberlake for the show. At least some of this money was used to lease a Mercedes, to pay a $1,203 bill at Sax Fifth Avenue, and to make $8,700 worth of cash withdrawals.

"The defendants viewed a fund-raiser for a charity formed to protect children from gun violence as an opportunity to commit fraud and line their own pockets,” Brooklyn US Attorney Richard Donoghue said. “Simply stealing is bad enough. This is worse.”

The investors started to suspect the scam after noticing that the celebrity didn’t mention the concert on his social media accounts even though $100,000 of his reported $500,000 fee was paid. The two women then allegedly hired someone to act as Timberlake's manager. The “manager” contacted the investors to tell them that Timberlake had been booked, but that his fee had increased to $800,000. The women then said that they could book Bruno Mars for a $300,000 deposit.

The investors then called the FBI – who had one of its agents pose as a potential investor in the concert and speak with the scammers. The pair said they could add Lady Gaga and Usher for an additional price. The agent then contacted Timberlake's and Bruno Mars’ actual management companies, who said that neither Jean nor Scott had ever been in touch with them and that the artists would be unavailable for the concert’s scheduled date anyway.

Scott and Jean were both arrested on Wednesday at New York's John F. Kennedy International Airport - the pair are facing charges of conspiracy to defraud. "It’s discouraging to think these defendants were willing to defraud an investor supporting a charity foundation,” William Sweeney, the Assistant Director in Charge of the FBI's New York Field Office, said. “Fortunately, the FBI doesn’t entertain such activity.”