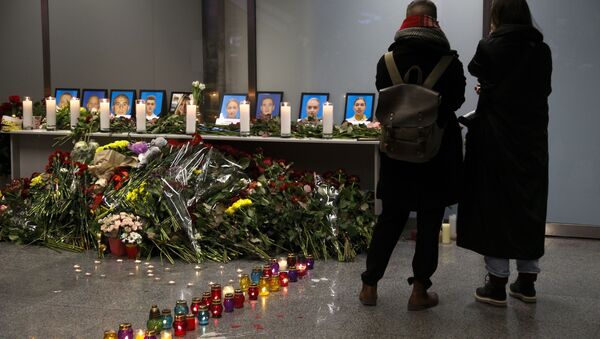 STOCKHOLM (Sputnik) - The Swedish Foreign Ministry summoned the Iranian ambassador in Stockholm on Monday in connection with the situation around the Ukrainian Boeing that was mistakenly downed by the Islamic republic last week, Foreign Minister Ann Linde has said.

"Iranian Ambassador [Sayed Rasool] Mohajer was summoned to the Foreign Ministry today in the wake of the downing of the plane. We demand cooperation, speed and transparency [in investigating the crash], and demand that the country take responsibility in terms of compensating the [victims'] relatives. The focus now is on helping those who are living. An enhanced consular support team will travel to Iran today," Linde wrote on Twitter.

Ukraine International Airlines’ Kiev-bound Boeing 737-800 crashed on 8 January, soon after departing from Iran’s Imam Khomeini Airport. Citizens of Iran, Canada, Ukraine, Afghanistan, Germany, Sweden and the United Kingdom were among the 176 passengers and crew who perished.

On Saturday, the Iranian military admitted to unintentionally shooting down the jetliner, having confused it with a hostile cruise missile in anticipation of US retaliation to Iran's massive attack against Iraqi bases housing US military personnel.