No Western Styles in House of God: Visitors to Ancient Indian Temple Advised on Dress Code 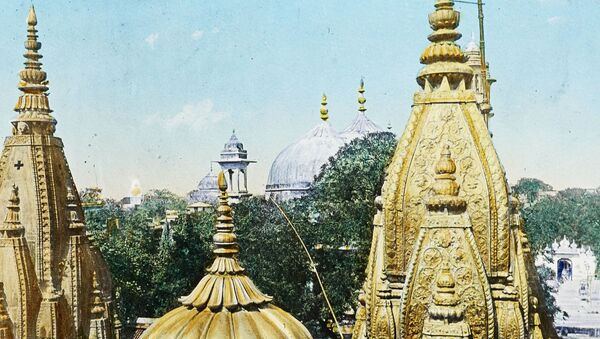 New Delhi (Sputnik): A popular ancient temple in India’s northern holy city of Varanasi, Prime Minister Narendra Modi’s parliamentary constituency, is dedicated to God Shiva from the triad of Hindu gods. Popularly known as Kashi Vishwanath Temple, it is one of the wealthiest temples in India.

The authorities responsible for the temple's management have now introduced a regulation that everyone visiting its premises should be wearing traditional outfits. According to a report in the Indian news site DNA, Kashi Vidwat Parishad, the temple authority, has asked male visitors to wear dhoti (a loose piece of clothing wrapped around the lower half of the body) and that women should drape themselves in sarees.

Visitors would have to forgo jeans, t-shirts and any other “improper” and “sleeveless” attire for girls. Visitors wearing these western outfits would only be able to worship the deities from a distance.

Several other Hindu shrines in India have mandated a dress code, including the Mahabaleshwar Temple in southern Karnataka state and southern Kerala’s Padmanabhaswamy Temple.

Kashi Vishwanath Temple is situated on the banks of The Ganges in Varanasi; it is commonly believed that those who worship Lord Shiva attain liberation without any difficulties.