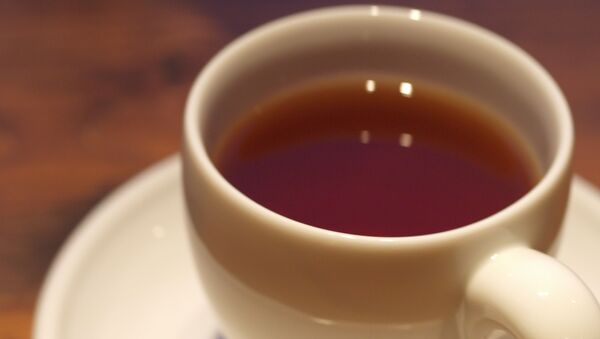 Malaysia Airlines flight MH370 vanished with 239 people on board on 8 March 2014 after departing from Kuala Lumpur for Beijing. The plane is widely thought to have plunged into the southern Indian Ocean, but fruitless search has provoked all kinds of theories of varying credibility.

An MH370 sleuth has come up with a new theory to explain the aircraft’s mysterious disappearance almost 6 years ago, suggesting that the captain of the plane laced the passengers’ tea to incapacitate them.

Ismail Hammad, described as an Egyptian aviation expert, told the Daily Star that what happened on the doomed fight was undoubtedly a “collective thing” that affected everyone on board.

“The hijacker had to control the passengers, the crew and security personnel in a joint and rapid action,” he said.

There is a popular theory that the captain deliberately depressurised the plane after putting on an oxygen mask while on a murder-suicide mission.

Ismail Hammad believes that the co-pilot would have intervened if that had been the case, and that the plane would have been “destroyed like a cigarette box stomped by feet” if it had been depressurised at a high altitude.

Instead, he claimed, laced tea was used to knock out passengers and crew.

“I think that the common factor that brings the people of Southeast Asia together is their love to drink tea, especially Malaysian tea, which is popular for all,” he was quoted as saying.

“The most probable explanation is that the hijacker numbed them with laced tea.”

Flight MH370 disappeared after it stopped sending communications to air traffic control less than an hour into the flight while over the South China Sea. It then changed course and flew westwards toward the Andaman Sea, where it left the range of military radars.

An analysis of the plane’s automated satellite communications tracked its final signal to a point in the far southern Indian Ocean, but painstaking deep-sea search failed to find the aircraft.

Although several pieces of debris were found on Madagascar and on islands in the Indian Ocean, Ismail Hammad believes that the hijacker(s) flew the plane to the Philippines, an archipelago of more than 7,600 islands, many of them uninhabited.

“The search in these islands should be in the abandoned airports and the roads which are suitable for landing,” he suggested in an earlier interview.