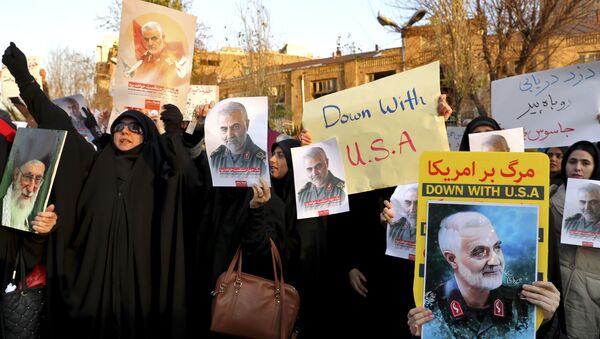 Earlier, an Iranian government spokesman said that the British ambassador's actions were "completely" unacceptable after media reported that the envoy was arrested at a rally in Tehran.

Great Britain has summoned the Iranian ambassador to the Foreign Office to express its objections over the arrest of London's ambassador to Tehran during a rally earlier this week, a spokesman for UK Prime Minister Boris Johnson said.

"This was an unacceptable breach of the Vienna Convention and it needs to be investigated," the spokesman said on Monday. "We are seeking full assurances from the Iranian government that this will never happen again.

On 11 January, it was reported that UK ambassador to Iran Rob Macaire was briefly detained for allegedly participating in an illegal demonstration in Tehran. He was released 15 minutes later after his identity was verified.

The next day, Macaire tweeted that he was not taking part in a demonstration but came to a vigil for the victims of the Ukrainian jet crash tragedy in Tehran. "I left after 5 mins, when some started chanting," the envoy wrote. 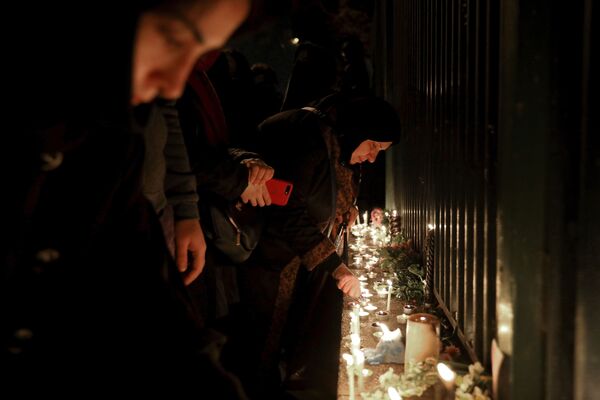 People gather for a candlelight vigil to remember the victims of the Ukraine plane crash, at the gate of Amri Kabir University that some of the victims of the crash were former students of, in Tehran, Iran, Saturday, Jan. 11, 2020. Iran on Saturday, Jan. 11, acknowledged that its armed forces "unintentionally" shot down the Ukrainian jetliner that crashed earlier this week, killing all 176 aboard, after the government had repeatedly denied Western accusations that it was responsible.
© AP Photo / Ebrahim Noroozi

After the incident, Macaire was summoned to the Iranian Foreign Ministry where he was reminded that the "presence of foreign countries' ambassadors at illegal gatherings...contradicts the Viena Convention on Diplomatic Relations." An Iranian government spokesman later said that Macaire's actions were "completely" unacceptable.

A rally in Tehran took place on Saturday after Iran officially admitted that its military had downed the Ukrainian Boeing 737, killing all 176 people on board. The tragedy happened in the wake of escalation of Tehran's relations with Washington following the killing of Iran's Maj. Gen. Qasem Soleimani in a US drone strike in Baghdad on 3 January.