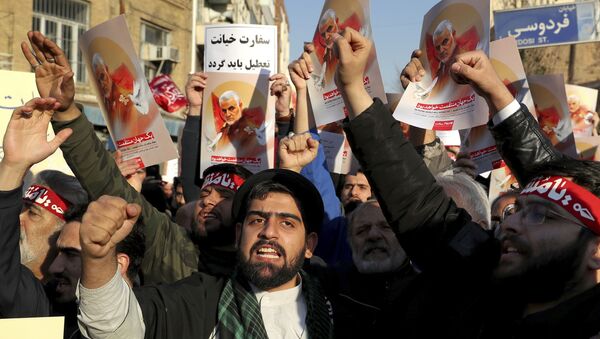 On Saturday, UK Ambassador to Iran Rob Macaire was reported to have been briefly detained for allegedly participating in protests in Tehran.

An Iranian government spokesman said that the British ambassador's actions were "completely" unacceptable, after media reported that the envoy was detained near protests in Tehran.

Earlier, Iranian Deputy Foreign Minister Seyed Abbas Araghchi said that Britain's ambassador to the country was briefly arrested as an unidentified foreigner at an illegal demonstration and released 15 minutes later after being identified.

In the wake of the incident, the Iranian Foreign Ministry summoned Macaire.

During their meeting with Macaire, Iranian diplomats reminded him that the "presence of foreign countries’ ambassadors at illegal gatherings is incompatible with their obligations as political representatives of their countries and contradicts the Vienna Convention on Diplomatic Relations," according to the Foreign Ministry statement.