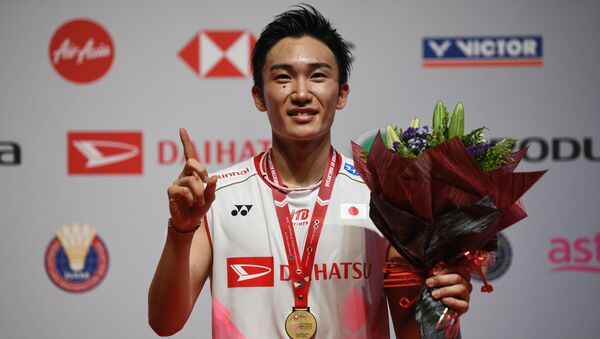 On Monday, Kento Momota was a victim of a road incident that happened on his way to Kuala Lumpur International Airport, the Malaysian news agency Bernama reported.

According to Bernama, the van, which the badminton star and other players were in, crashed into the back of a lorry that was moving ahead at kilometre 13.7 of the Maju Expressway.

The accident on a major local highway has left one person, vehicle's driver, dead and four in total injured.

"The victim's body and all the injured were sent to the Putrajaya Hospital", Norazam Khamis, Selangor Fire and Rescue Department director, said as quoted by media.

He added that 10 rescuers from the Serdang Fire and Rescue Station were heading to the scene of the accident.

The other passengers who were driving with Momota were trainer Yu Hirayama, physiotherapist Morimoto Arkifumi and technical officer of the Badminton World Federation William Thomas, the outlet said.

Ismadi Borhan, Serdang police chief, said, as quoted by Bernama, that Momota suffered a broken nose, cuts on his lips and facial injuries.

Badminton champion Kento Momota has won a record 11 titles including the World Championships, Asia Championships and All England Open.