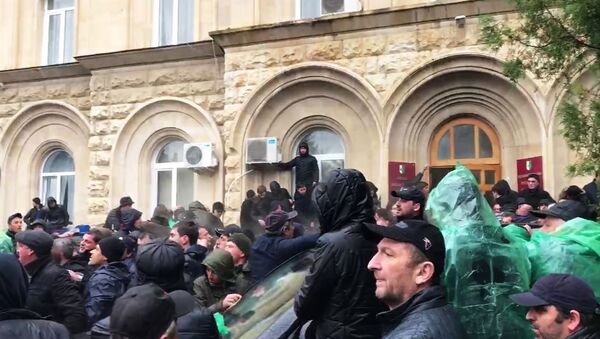 "The resignation of Raul Khajimba was approved by the parliament," Kvarchia said.

He said 32 lawmakers voted for the resignation, two against.

On 12 January, Abkhazian President Raul Khajimba signed a resignation letter amid unrest in the republic which started after a court ruled on 10 January that the results of the September presidential election were illegal.