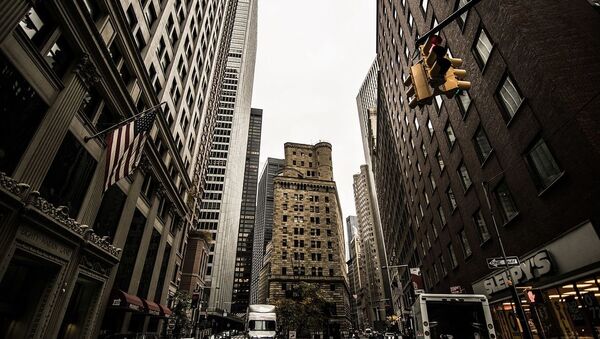 CC BY-SA 4.0 / 0x010C / Federal Reserve Bank of New York
Subscribe
Svetlana Ekimenko
All materialsWrite to the author
Following the US airstrike in Iraq that killed Iranian top general Qasem Soleimani, Iraq’s parliament voted on 5 January to expel the foreign military presence from the country, including US troops that it invited in 2014 to fight the Daesh* incursion.

Washington has reportedly warned Baghdad that it could lose access to its central bank account at the Federal Reserve Bank of New York if it goes through with its decision to expel US troops from the region, according to Iraqi officials quoted by The Wall Street Journal.
The publication cites other means of pressure that the US administration could resort to, such as refusing to re-issue waivers on sanctions against Iran. Washington currently allows Iraq to import Iranian gas to fuel generators that supply a large portion of the country’s power, despite sanctions, but the arrangement is set to expire in February.

An official in Adel Abdul-Mahdi's office is cited as saying the Prime Minister received a warning regarding the bank account, which holds billions from oil revenues, during a phone call on Wednesday, 8 January.

Iraq, like numerous other countries, maintains government accounts at the New York Fed, via which it manages its national finances, including revenue from oil sales; it takes out that money to pay government salaries and contracts.

While there is no information as to how much of Iraq's money the Fed currently holds, according to WSJ it had $3 billion in overnight deposits from the country's central bank at the end of 2018.

The threatened measure, which could inflict significant damage to the country’s economy, is believed to have left some members of the Iraqi government stressing the need to maintain friendly ties with the US. 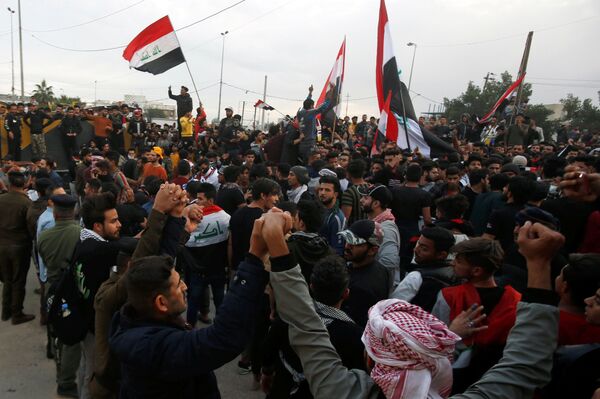 The officials are cited as emphasising that international pressure on Iraq's economy would not sit well with Baghdad's efforts to answer its citizens, as protesters gathered in Baghdad and southern Iraq on Friday to demand that both Iran and the US stop meddling in Iraqi politics.

"The US Fed basically has a stranglehold on the entire [Iraqi] economy," Shwan Taha, chairman of Iraqi investment bank Rabee Securities, was quoted telling the publication.

Others, like the Prime Minister’s adviser Abd al-Hassanein al-Hanein, reportedly held the opinion that the Trump administration was bluffing.

"If the U. does that, it will lose Iraq forever," the WSJ cites Mahdi’s adviser as saying.

There has not yet been any official comment from the Federal Reserve Bank of New York, or the US State and Treasury departments.
Neither has there been an official response from Iraq's prime minister.

The currently implied move by the Washington administration is not unprecedented, writes The WSJ, recalling that in 2015, it halted Iraq's access to its funds at the Fed for a succession of weeks amid suspicions the money was being funnelled towards funding Daesh*.

The Federal Reserve has the power to cut off access to funds for countries under sanctions or if it suspects the money could violate US law, says the publication.

The Iraqi Parliament carried out a non-binding vote during an extraordinary session on 5 January to expel the foreign military presence from the country, including the US troops that it invited in 2014 to fight Daesh’s incursion. 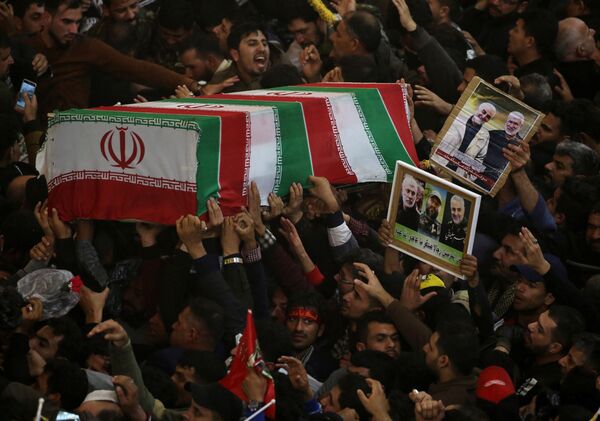 Mourners attend the funeral procession of the Iranian Major-General Qassem Soleimani, head of the elite Quds Force of the Revolutionary Guards, and the Iraqi militia commander Abu Mahdi al-Muhandis, who were killed in an air strike at Baghdad airport, in Kerbala, Iraq, January 4, 2020.
© REUTERS / ABDULLAH DHIAA AL-DEEN

The decision, which earned backing from Prime Minister Adel Abdul-Mahdi, came as a response to the US conducting airstrikes on Iraqi territory without discussing them with Baghdad or providing any warning. The latest such strike killed top Iranian General Qasem Soleimani and two prominent members of Iraq’s Popular Mobilisation Forces.

The US has not officially announced any intent to withdraw its forces from the country. While initially, following the vote, a letter started circulating in media, in which Washington informed Baghdad of preparations for an upcoming withdrawal, Mark Milley, chairman of the Joint Chiefs of Staff, later clarified that the letter was sent by "mistake".

The Trump administration expressed its keen disappointment over the Iraqi parliament’s decision.

“We have a very extraordinarily expensive airbase that’s there. It cost billions of dollars to build. Long before my time We’re not leaving unless they pay us back for it [...] We will charge them sanctions like they’ve never seen before ever. It’ll make Iranian sanctions look somewhat tame,” Trump said on Sunday.

On Friday, 3 January, Iranian General Qassem Soleimani, the commander of the Islamic Revolutionary Guard Corps’ elite Quds Force, was killed by a US drone attack near Baghdad International Airport.
Kata’ib Hezbollah leader Abu Mahdi al-Muhandis was riding in the same convoy as Soleimani and was also killed in the attack, along with another 10 people. 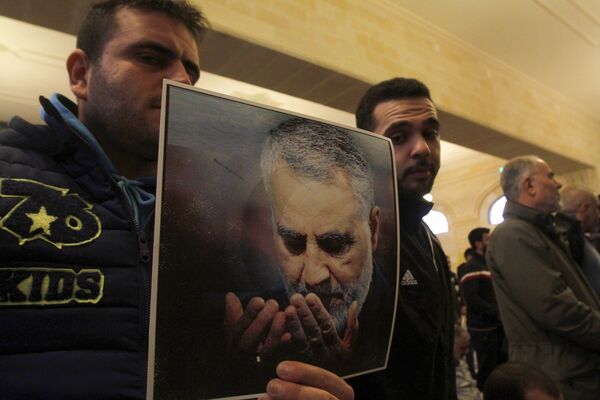 US President Donald Trump said Washington had taken preemptive action against Soleimani to "stop a war".

Iranian leaders, however, have vowed to take revenge for the general’s assassination.

Trump previously stated that the US had identified 52 Iranian sites, including some that are "important" to Iran, that would be attacked "very fast and very hard" if Tehran struck any US citizens or assets.

000000
Popular comments
Lie, Steal, Cheat, Kill and Blackmail are the characteristics of the Most Liberal country in the world.
Chamroosh
12 January 2020, 09:44 GMT19
000000
America has become the very evil it pretends to oppose, the walking, talking, breathing antithesis of its every noble claim to virtue, truth and peace among mankind; the wolf in sheep's clothing and moral jester for all the world to behold: Naked King.