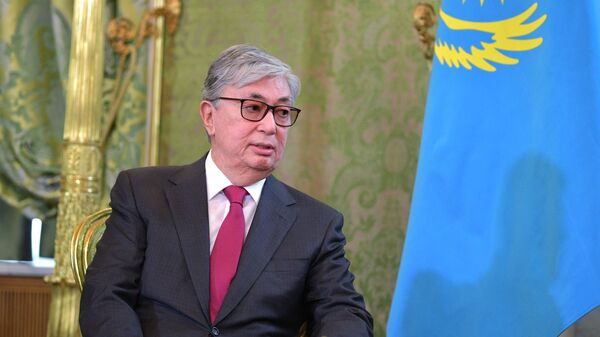 © Sputnik / Alexei Druzhinin
/
Go to the mediabank
Subscribe
International
India
Africa
NUR-SULTAN (Sputnik) - Kazakh President Kassym-Jomart Tokayev said on Sunday that Iran’s recognition of its fault for the fatal Ukrainian plane crash near Tehran was a decision of great importance.

"The Iranian authorities' recognition of their guilt for the plane crash that claimed the lives of many citizens from a number of states is an important decision," Tokayev wrote on Twitter.

The Kazakh president added that all parties should be more understanding of the given situation in order to reduce tensions, which civilians are also victims of.

On Saturday, Iran admitted that the Ukrainian plane had been unintentionally shot down by the country's military, who confused it for a hostile target.