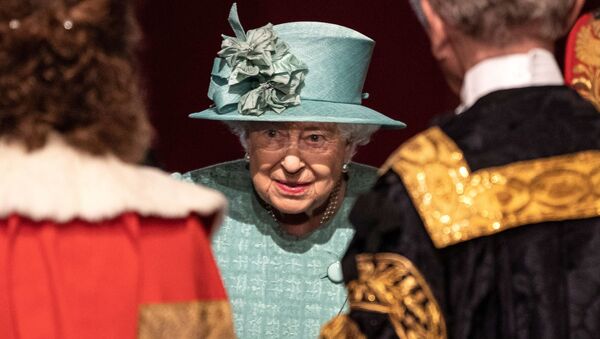 Despite a slew of rumours about a long-standing royal rift, the news that Harry and Meghan are really preparing to "step back from their senior royal duties" has stunned not only fans, but apparently the whole family.

Her Majesty the Queen has insisted that the controversy over the future roles of the Duke and Duchess of Sussex span no longer than the next 72 hours, The Telegraph reported citing sources.

The British monarch also instructed courtiers to “turn a crisis into an opportunity” by producing a blueprint by Tuesday not merely for her grandson, who is rumoured to be leaving the UK next week, and his wife, but other generations, including Prince William’s children Princess Charlotte and Prince Louis.

“The Queen’s hand remains firmly on the tiller and the three households are working well together to try to find a solution", a source close to the royals was cited by The Telegraph as saying.

The speaker further brought up Prince Andrew’s case, in which he stepped down following a controversy over his links to Jeffrey Epstein.

“They [the Royal Family] are united around a common goal as they were when they had to deal with the Duke of York", he added.

A source close to the Duke, however, expressed doubts about whether the deadline could be met and suggested the royals resist any attempt to “quickly sign off their future and their lives".

Having not met in person with the Queen, Prince Charles or brother William over the issue, the Duke is expected to talk things over by phone over the weekend.

Aides are currently seeking “workable solutions” to what has been dubbed an “abdication” crisis after the Sussexes’ announcement on Wednesday that they planned to step back as “senior” members of the Royal Family to have an opportunity to spend more time in North America.

No further royal duties and arrangements have so far been slated for the couple in Britain, until the matter is effectively resolved. The Duchess is reported to currently be in Canada, on Vancouver island, together with son Archie.

It is unclear when Meghan will return to the UK, while Prince Harry might reportedly leave the country to join her as early as after an official engagement at Buckingham Palace scheduled for next Thursday.