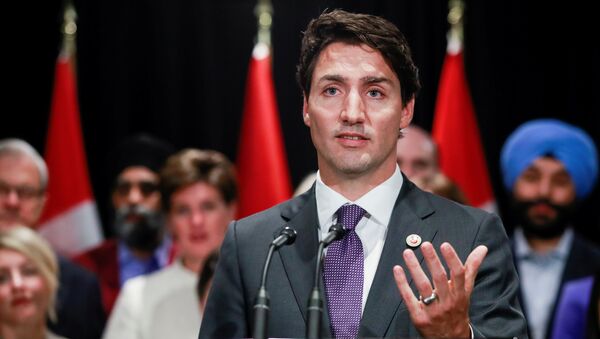 On Friday, Tehran admitted that the Ukrainian plane that crashed in Iran on 8 January with 176 passengers on board, including Canadian citizens, was mistakenly brought down by Iran. Canadian PM Justin Trudeau is now holding a press conference devoted to the new findings.

Canadian Prime Minister Justin Trudeau is holding a press conference in Ottawa, Canada on the Ukrainian Boeing 737 deadly crash in Iran. Out of 176 people on board, 57 were Canadian citizens, all of whom died.

The plane was unintentionally shot down by the Iranian military on Wednesday, according to new findings by Tehran. Iranian authorities have expressed their condolences to the families of the victims who perished in the deadly catastrophe, saying that all those responsible will be held accountable following the ongoing investigation.