Stop the Unstoppable: Which English Football Club is Most Likely to Halt Liverpool’s Unbeaten Run? 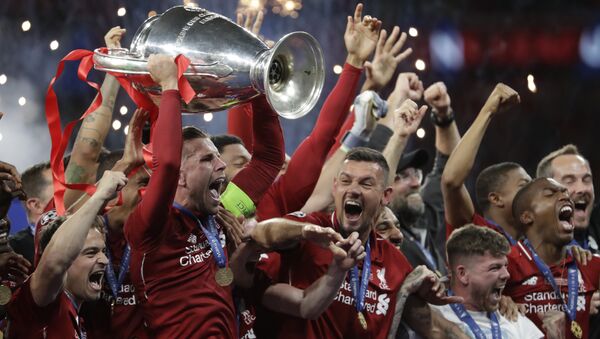 © AP Photo / Felipe Dana
Subscribe
The Reds have recently signed a lucrative multi-year endorsement agreement with Nike that will significantly boost Liverpool’s spending potential. One wonders though, does the club need new players given the superb performance Liverpool has displayed in the past two years?

Bookmakers this year have introduced a new bet this year, which football club will stop Liverpool’s unbeaten run this season or will the Reds enter history and finish the Premier League without a single loss. Only two clubs have managed to do this before. In this century it was Arsene Wenger’s Arsenal, dubbed the Invincibles in the 2003/2004 season, and in the 1888/1889 season it was Preston North End, which also managed to win the FA cup that year without conceding a goal.

So what do the numbers say, can Liverpool set another superb record?

That depends on who you trust. According to punters, Manchester City, who won the Premier League the last two years, is the most likely contender to break Liverpool’s unbeaten record. The Sky Blues will attempt to avenge their humiliating 3-1 defeat this April.
If you trust bookmakers, then the most likely team to stop the unstoppable Reds is Tottenham and the Spurs may upset Liverpool this weekend. Bookies say there is a nearly 22 percent chance that Tottenham will win Saturday’s game.

Other teams that may end the Reds’ unblemished streak include Manchester United, Wolverhampton, Everton, Chelsea, and Crystal Palace. Liverpool fans shouldn’t worry though, according to bookmakers the club is more likely to finish the season unbeaten than lose to runners-up Manchester City.