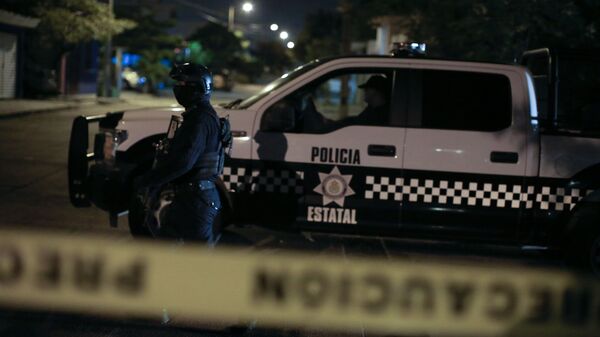 Tim Korso
All materials
City officials say there were two dead as a result of the attack, but local media outlets report that several more students were injured.

Multiple media reports claiming that a shooting spree has taken place at the Instituto Cervantes private school in Torreon, northern Mexico have emerged online. According to some accounts, an armed student between 8 and 12 years old entered a building, opening fire at schoolchildren and staff. Campus officials said the attacker brought two small firearms in his backpack.

Regional public security coordinator Adelaido Flores stated that the attacker killed a teacher and then committed suicide, with the two being the only fatalities in the incident. The attacker's motives remain unclear so far, with officials reporting that the attacker had no history of abuse or bullying by his peers.

"The boy lived with his grandmother. He almost certainly had some kind of [psychological] problem, although he had very good grades", Mayor of the city  Jorge Zermeno said.

Media outlets previously reported that others were injured in the attack, with the numbers varying from three to six people, but these reports have so far not been confirmed by officials.