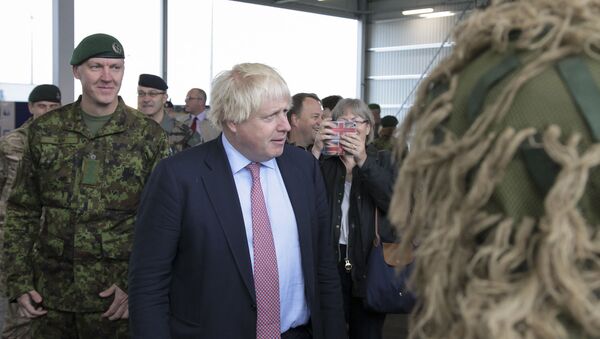 © AP Photo / Estonian Army
Subscribe
International
India
Africa
Lilia Dergacheva
All materialsWrite to the author
With the Lords due to scrutinise Boris Johnson’s final version of the Withdrawal Act, there are markedly less concerns of the EU divorce further being delayed, while trade issues with Brussels are still waiting to be resolved.

Prime Minister Boris Johnson’s Withdrawal Agreement Bill has gone through its third reading in the House of Commons, with parliamentarians voting 330 to 231, with a margin of 99 votes in favour of the deal the prime minister arrived at with the European Union late last year.

The bill comprehensively covers a slew of issues that need to be regulated within the withdrawal process including the amount Britain is due to pay in so-called “divorce” payments, Irish border arrangements, customs in neighbouring Northern Ireland, and so on.

Despite the legislation now scheduled to go through a vote in the Lords, with the latter looking to scrutinise it and even possibly return it to the Commons, Johnson’s team is rejoicing, as the bill turmoil has finally shown signs of abating. And, most importantly, the chances of stage one of Brexit effectively happening at 23:00 GMT on the 31st of January are solid.

“There have been calls for the Lords to 'respect' the votes of the people (both referendum and election) but it will undoubtedly receive tougher scrutiny given the Lords’ profile and concerns over Irish border issues especially", says Laura McAllister, professor of public policy from the Wales Governance Centre at Cardiff University.

So, here is a brief outlook on what stages the Brexit deal went through – from the moment it was first drawn up to Thursday’s approval on the floor of the Commons.

When first drafted, the bill met with a barrage of criticism from the opposition as well as “remain” Conservatives. In late October, after a number of firm rejections in Parliament, BoJo was forced by the opposition-imposed Benn Act to write to European Council President Donald Tusk and ask him to delay Brexit until “at least” 31 January -  quite a while away from the initial 31 October deadline, which was a focal point of Johnson’s campaign pledges as he took over from Theresa May in June.

He argued multiple times that the early deadline would serve the UK’s “best interests” after repeatedly promising to take the country out of the bloc "do or die".

Multiple domestic spats over Brexit, intermingling with the prime minister’s perennial two-way debates in the EU, including with Brexit chief negotiator Michel Barnier, culminated in the dissolution of Parliament and an urgent call of a snap vote in December. 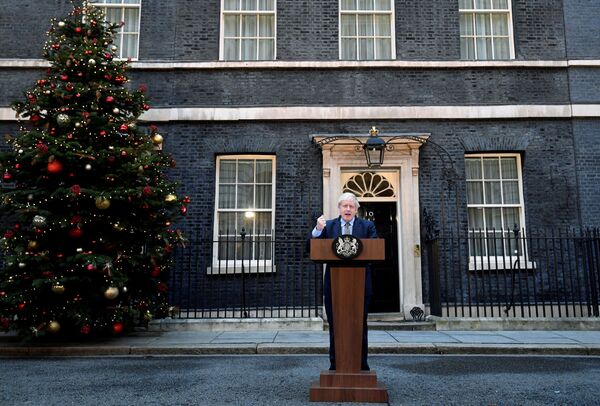 Johnson vehemently lambasted Parliament for putting spokes in Brexit’s wheel, with many bringing up his earlier claims that he would rather “die in a ditch” than resort to a delay.

This is the moment the talks of a smooth Brexit were back on track, as the UK Tories secured an absolute majority in the country’s 650-member legislative body, with BoJo strengthening his position as Brexit “deliverer” after his two predecessors, David Cameron and Theresa May, had failed to cope with the Brexit burden and stepped down. 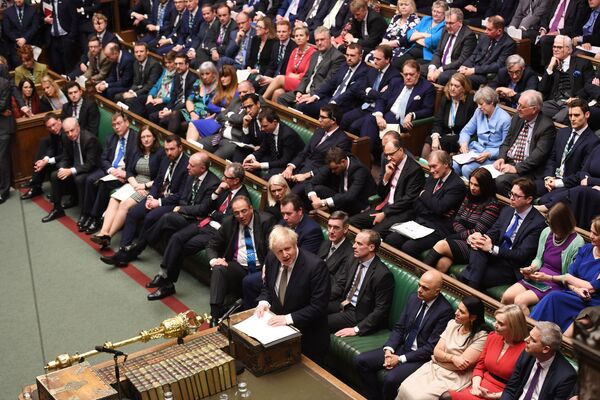 Britain's Prime Minister Boris Johnson speaks during the debate on the Queen's Speech in the House of Commons Chamber, in London, Britain December 19, 2019. ©UK Parliament/Jessica Taylor/Handout via REUTERS THIS IMAGE HAS BEEN SUPPLIED BY A THIRD PARTY.
© REUTERS / UK PARLIAMENT/JESSICA TAYLOR

The second reading of Johnson’s bill took place shortly afterwards, on 20 December, just ahead of Christmas, with the framework before the current deadline reserving space and time for trade talks with the EU, as well as clarification of customs conditions with Northern Ireland.

The latter, as scheduled, is to span the next 11 months.