With Russia as Prominent Player in Middle East, India Needs to Navigate Balance of Power - Analyst 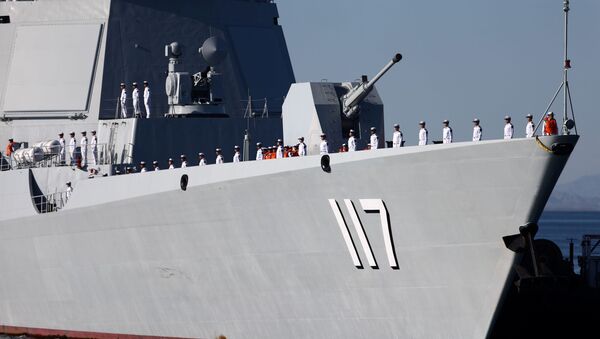 Aakriti Sharma
Sputnik correspondent
All materialsWrite to the author
New Delhi (Sputnik): The US decision to assassinate top Iranian general Qasem Soleimani last week has flared up the security situation in the Gulf region. As Tehran attacked two US military facilities in Iraq with more than a dozen ballistic missiles, India’s role as a major power in Asia becomes relevant in the escalating conflict.

India relies on the Middle East for its energy requirements, and analysts have forecast that the country needs to be extremely careful in taking further diplomatic steps to balance its ties with powerhouses without jeopardising its relations with any other nation.

In an interesting development in the northern Indian Ocean region towards the end of last year, military exercises were conducted for the first time by Russia, China, and Iran near Oman and they docked their ships at Chabahar Port, a seaport located in Iran, on the Gulf of Oman.

“With this action of instating its influence in the region, Russia is becoming a prominent player in the region, and China is becoming so along with Russia", observed Sunjoy Joshi, former senior Indian government official and visiting associate at the International Institute of Strategic Studies, London.

Situated on the Indian Ocean in Iran’s Sistan and Baluchestan Province, Chabahar Port is easily accessible from India’s west coast. The Chabahar route would lead to a 60 percent reduction in shipment costs and a 50 percent cut in shipping time from India to Central Asia.

“Chabahar Port is important for India, thus Iran becomes important for India in its geopolitics. With Russia and China as power holders in the region, it’s up to India how it navigates the balance of power in the region. It is all about balance of power for India now, how it will make sure that it is not cut-off from the land routes of Europe and Central Asia", says Joshi about India’s role as a major power in Asia.

The Indian government in New Delhi wants stability in the region so that oil will continue to flow and greater economic viability of the Indian economy can be sustained. Financial markets across Asia witnessed a sharp decline on Wednesday after Iran launched a missile attack on US forces in Iraq.

Iraq, Kuwait, and Saudi Arabia are the key Middle Eastern nations from where India imports crude oil. In 2018-19, Iraq topped the Indian crude suppliers, leaving behind Saudi Arabia. Iraq getting caught in the US-Iran conflict may lead to inflation flaring up in India.