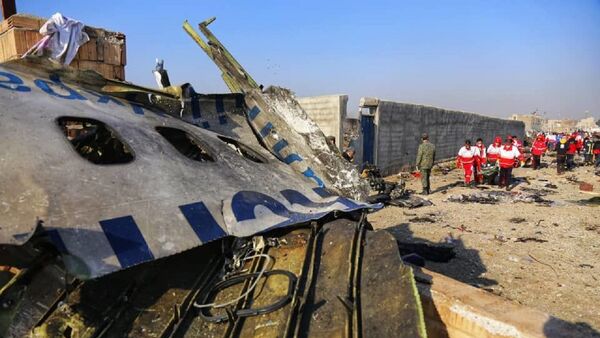 Tim Korso
All materials
A Ukraine International Airlines (UIA) Boeing 737-800 crashed minutes after taking off from Tehran International Airport, claiming the lives of 167 passengers and nine crew members. Iranian officials reported that the pilots did not report a malfunction, but witnesses claimed the jet was engulfed in fire prior to its crash.

Two unnamed US officials told AP that the Ukrainian Boeing 737-800 Flight PS752 was "highly likely" downed by an Iranian anti-aircraft missile. The sources cited US intelligence from the region as the basis for their assumption, without delving into details.

Reuters separately reported that US officials believe the Ukrainian passenger plane was brought down "accidentally". One anonymous official told the news agency that American satellites had detected the launch of two missiles just prior to the plane's crash. 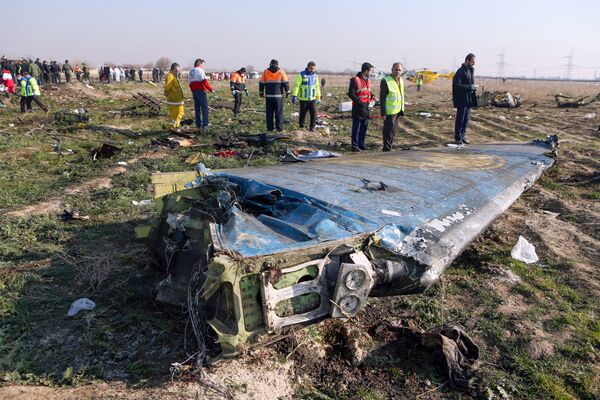 Rescue teams are seen on January 8, 2020 at the scene of a Ukrainian airliner that crashed shortly after take-off near Imam Khomeini airport in the Iranian capital Tehran
© AFP 2022 / AKBAR TAVAKOLI

US President Donald Trump also commented on the tragic incident when he spoke to reporters, noting that he has his own "suspicions" that somebody "could have made a mistake" since the plane was flying in "a pretty rough neighbourhood". He also expressed scepticism about the theory that the plane experienced a mechanical failure, but didn't elaborate any further, only saying that "something very terrible happened" on the day of the crash.

Canada’s CBC broadcaster reported later that the US had shared intelligence on the Ukrainian Boeing crash in Iran allegedly indicating that the plane was shot down. The broadcaster said that Ottawa regards the intelligence that it received as "credible". 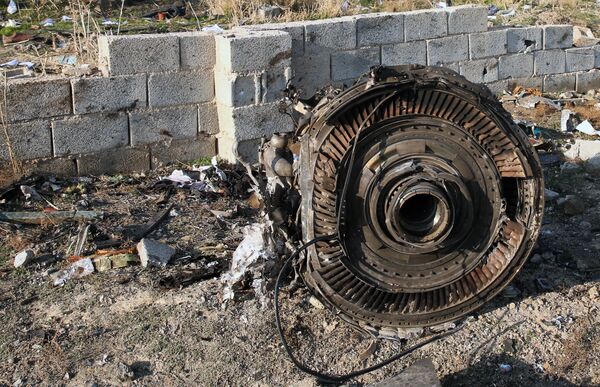 EDITORS NOTE: Graphic content / An engine lies on the ground after a Ukrainian plane carrying 176 passengers crashed near Imam Khomeini airport in the Iranian capital Tehran early in the morning on January 8, 2020, killing everyone on board
© AFP 2022 / -

Hot on the heels of the reports from the US, the office of the Ukrainian president has called on the country's foreign partners to provide any evidence they possess relating to the fatal plane crash in order to determine the "truth".

Reports that Flight PS752 was downed by an air defence missile have been vehemently denied by head of Iran’s civil aviation, Ali Abedzadeh, who called them "illogical rumours".

"This story of a missile striking a plane cannot be correct at all. Such rumours make no sense", Abedzadeh said.

Abedzadeh stated that at the time of the crash, several Iranian and foreign civil jets were in the air at the same altitude as Flight PS752 and hence the claim that it was downed by a missile holds no water.

The Iranian aviation official further commented on the process of the investigation, saying that specialists from Iran and Ukraine are "downloading information" from the plane's black boxes. He noted though that the analysis of the data is a more sophisticated matter and will be done outside Iran, possibly in France according to AFP.

A Ukraine International Airlines (UIA) Boeing 737-800 bound for Kiev crashed on 8 January just minutes into its flight, killing all 176 people on board, including nine crew members. The plane was carrying mostly Iranians and Canadians (82 and 63 respectively), as well as 10 Swedes, four Afghans, three Germans, and three UK citizens. 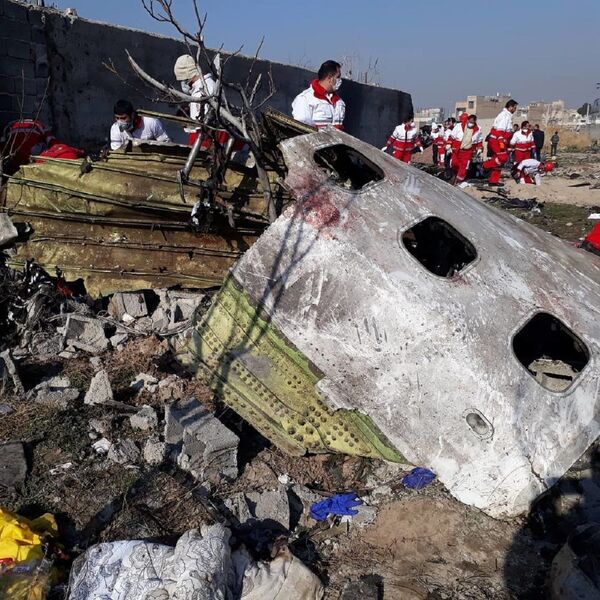 The exact cause of the tragic aviation incident remains unknown, but Iranian and Ukrainian authorities are already studying the crash site and debris. Earlier on 9 January, Secretary of the National Security and Defence Council Oleksiy Danilov outlined four main versions of the crash: collision with another aerial vehicle, technical malfunction, terrorist attack, or air defence missile strike. Tehran insists it was likely a technical failure.

The incident took place just hours after Iran started carrying out its retaliation attack against US forces in Iraq on the same day. The missile attack came in response to the US assassination of prominent Iranian General and Quds Force commander Qasem Soleimani, but resulted in no casualties and only minor damages to the US bases.