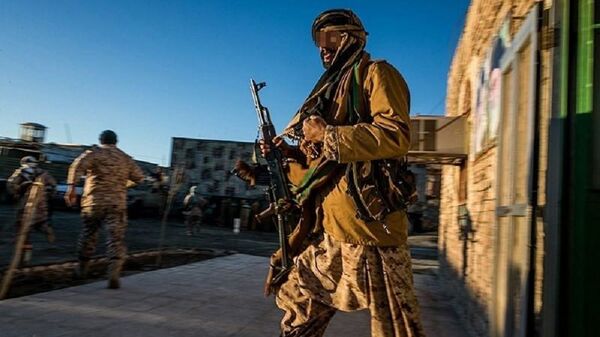 Qasem Soleimani's death became the trigger for the further escalation of tensions between Washington and Tehran, say international observers. According to them, although neither side wants to go to war, the risk of miscalculation and falling into the trap of an all-out armed conflict is high.

Addressing the nation on 8 January after the Iranian strike on the Iraqi military bases housing US troops, President Donald Trump announced that no American personnel were hurt, while the facilities sustained minimum damage. The White House is planning to impose new sanctions against Iran in the aftermath of the bombardment.

​According to Trump, Iranian Quds Force commander Qasem Soleimani, who was earlier killed in a US targeted drone strike, had allegedly planned attacks on American targets for 4 January which prompted the Pentagon to take proactive measures.

On 7 January, Tehran conducted a ballistic missile attack on US positions in Iraq in the wake of Washington's extraterritorial assassination of Soleimani, the Islamic Revolutionary Guard Corps (IRGC) major general and Quds Force chief.

Iranian Parliament Voted to Designate US Military as Terrorists

The further escalation could have been prevented if the Trump administration had not killed the high-ranking Iranian military chief in the first place, according to Reza Nasri, an international lawyer, political analyst, and Iran researcher.

"By killing a high-ranked military dignitary of a foreign state, not only has Donald Trump committed a serious act of aggression against a member of the United Nations without domestic or international authority, but he has since twice threatened Iran with 'war crimes'. He first threatened to target Iran's cultural sites, then declared that his response to an eventual Iranian retaliation would be 'disproportionate'. All these acts are serious violations of international law, threatening international peace and security in unprecedented ways", the international lawyer argues.

He notes that the Trump administration paved the way for Soleimani's killing by designating Iran's Islamic Revolutionary Guard Corps as a terrorist organisation in April 2019. For its part, the Iranian parliament approved a similar measure on 7 January labelling United States military forces as terrorists.

Nasri explains that from now on, Iran reserves the right to treat US Army personnel as "members of a terrorist organisation", thus stripping them of the rights and benefits usually afforded to members of conventional armed forces under international law.

"For example, Iran now reserves the right to put on trial captured American servicemen for acts of terrorism instead of treating them as soldiers governed by the relevant provisions of the Geneva Conventions", the lawyer elaborates.

Soleimani's Killing Should be Made New Article of Impeachment

Trump's order to liquidate Qasem Soleimani was condemned by the Democratic Party, with House Democrats coming up with an initiative to limit Trump's war powers with regard to Iran.

However, Nasri remains sceptical about the proposed legislation. According to him, "the hawkish elements of the US establishment would never allow such limitations to take effect".

"The more realistic course of action - albeit difficult to achieve too - would be to address the 'Trump problem' in a serious and decisive manner! Trump has already conducted an 'armed attack' against Iran without congressional authority, triggering Iran's right to respond in self-defence under Article 51 UN Charter", he suggests.

The researcher insists that the US Congress should hold Trump responsible for "this reckless violation of the law", making the killing of Soleimani "an article of impeachment and use the current momentum to remove Trump from the White House".

US Unlikely to Pull Out of Iraq Despite Baghdad's Displeasure

Iran is not the only country expressing ire about Washington's assertive Middle Eastern strategy. On Sunday, the Iraqi parliament voted in favour of requesting the country's government to boot out US troops following the drone strike killing Soleimani and Abu Mahdi al-Muhandis, deputy commander of Iraq's Popular Mobilisation Forces (PMF), an umbrella organisation composed of several dozen militias. The vote triggered a rebuke from the White House, with Trump threatening to impose severe sanctions on Baghdad if it insists on a US pull-out.

Dr Gal Luft, co-director of the US-based Institute for the Analysis of Global Security (IAGS), believes that the expulsion of the US military forces from Iraq is an unlikely scenario.

"The vote in the Iraqi parliament is symbolic and has no teeth", he opines. "In the end it would be up to the Iraqi cabinet to rule on the future of US presence in the country and it is hard to see the Iraqis unilaterally forcing the US out of the country. They have too much to lose".

On Tuesday, Adel Abdul-Mahdi, Iraq's outgoing prime minister, announced that the US should withdraw its troops from the country, or face a growing crisis.

However, the scholar suggests that the Trump administration still has enormous leverage over Iraq.

"Washington doesn't even have to impose sanctions", he stresses. "All it needs to do is not to renew its waivers from sanctions on Iraqi imports of Iranian natural gas, from which 30-40 percent of Iraq's electricity is generated, creating an energy crisis in the country. It could also withhold waivers from sanctions on Iraqi imports of Iranian petrochemicals, denying Iraq critical elements of its industry and refining capabilities. These are powerful sticks, which is why all the talk about kicking the Americans out of Iraq is nonsense".

Commenting on the escalation of tensions in the region, Dr Luft notes that although neither the US nor Iran want to engage in a direct military conflict, peace in the region is still hanging in the balance.

"The bad news is that with no direct channel of communication and lack of tension mitigation mechanisms or even a credible mediator, the risk of miscalculation is high and with it the risk of stumbling into high-intensity war", he warns. "This is the nature of wars. Nobody wants them but somehow they keep happening".