Pence Claims Iran Has Been Warning Militias Not to Target Americans 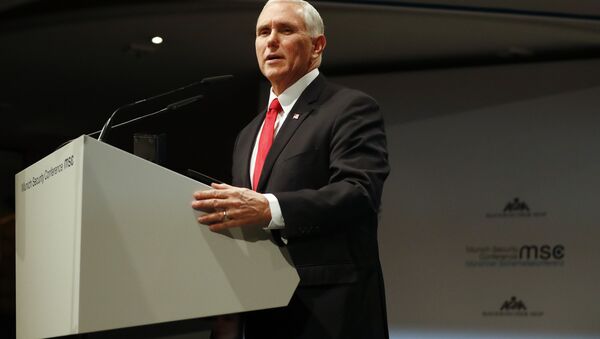 WASHINGTON (Sputnik) - Vice President Mike Pence in an interview said the United States has received intelligence indicating that Iran has asked militias not to target Americans in the wake of the killing of commander Qesem Soleimani.

"We're receiving some encouraging intelligence that Iran is sending messages to those very same militias not to move against American targets or civilians. And we hope that that message continues to echo," Pence told CBS News on Wednesday.

On Friday, Iranian general Qasem Soleimani was targeted by the US in a convoy at the Baghdad International Airport. His killing, which Tehran has declared an act of state terrorism, has drastically escalated tensions in the Middle East.

On 8 January, Iran went through with its promise to retaliate for the death of Soleimani, launching dozens of missiles at US military bases in Iraq, namely its facilities in Erbil and the Ayn al-Asad Air Base. US President Donald Trump in his address to the nation said that the US would impose "new powerful economic sanctions" against Iran in light of the attack. Trump added that the sanctions would remain until Iran "changes its behaviour" on the international arena. The US president also stated that he would ask NATO to be "much more involved" in the process in the Middle East.