How Harry Met Meghan: From Whirlwind Romance to Stepping Back From Royal Family 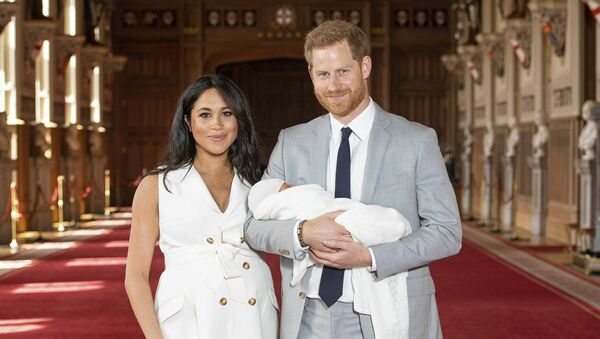 © AP Photo / Dominic Lipinski/Pool
Subscribe
International
India
Africa
Polina Strelnikova
All materials
Although speculation that the Duchess and Duke of Sussex could distance themselves from the UK and royal court has been circulating for a while, news about their resignation came as a shock even for the palace, reports suggest. While Meghan and Prince Harry are getting ready for a “next chapter”, the time is right to look back at their love story.

The palace is reportedly processing the announcement by Meghan and Prince Harry, who stated on Wednesday evening that they plan “to step back as 'senior' members” and “work to become financially independent". As a BBC report suggests, the family is said to be "hurt" and the couple made the statement without consulting with any senior royals. According to the broadcaster, Buckingham Palace was "blindsided", as the discussions about their future were at a very early stage and there were "complicated issues" yet to resolve.

However, this is not be the first time that the royal “rule-breakers” have reportedly gone against royal customs, as their romance and subsequent wedding came as a saga of an unprecedented union.

The now 35-year-old prince, who lost his mother at 12, regularly provided tabloids and gossip columns during his turbulent youth, which was marked by numerous scandals, including booze, parties, affairs, and even wearing a Nazi uniform. At the end of 2016, reports emerged that Prince Harry, who is the fifth in line to the British throne, had been dating a US-actress, Suits star Meghan Markle. This was later confirmed by Kensington Palace, representing the two princes, Harry and William. However, details about how their love story began remain blurry.

As Meghan later revealed to Vanity Fair, they had been dating for several months before the first reports emerged, but kept it a secret. According to their engagement interview, they were set up by a mutual friend, but her name (and it was a “her”, as Meghan let slip out) is still a matter of speculation.

According to its sources, “Harry was having a really hard time finding anyone” (and Tinder or a dating app was not an option) and confided in friends about it. Incidentally, his aristocratic friend became friends with Meghan Markle “through Violet’s P.R. work” with Ralph Lauren. According to the outlet, she concluded that Markle, who was active on the British social scene, might be “the perfect girl for him”.

Unlike his older brother Prince William, who was reportedly friends with or dated his current wife Kate for years before their wedding, a year after it became known that they are dating, Meghan Markle and Prince Harry announced their engagement. At the same time, the future Duchess and her relationship with the royal came under public scrutiny, as Meghan Markle, who is three years older than her husband, is not only a biracial actress, but also divorced.

Meghan’s African-American ancestry became the focal point of several racial controversies during the wedding preparations and after the ceremony, which took place in May 2018. The German public broadcaster ZDF found itself mired in a scandal, as journalists and social media condemned the its commentators for describing the bride and her guests as "exotic", as well as bringing up black hair with a connotation that some found inappropriate.

Meghan and Prince Harry's Private Wedding Photos Hacked, Leaked Online – Reports
The celebration itself and the following party gathered distinguished guests, including not only the British aristocracy, but also A-list celebrities, such as Sir Elton John, actor George Clooney and his wife Amal, media mogul Oprah Winfrey, football icon David Beckham and his classy spouse Victoria, movie star Idris Elba, and singer James Blunt. The ceremony incorporated the traditions of the monarchy, but the bride seems to have brought some sense of modernity, as she did not promise to obey her husband. Instead, the pair vowed to love, comfort, honour, protect, and be faithful to each other.

In 2019, the two became parents for the first time in their life – and welcomed a new member of the royal family, Archie Harrison Mountbatten-Windsor, into the world. Prior to his birth, The Sunday Times reported that the Duke and Duchess of Sussex were drawing up plans for an international job that would oblige them to relocate, most likely to Africa.

After they became parents, speculation was heard even louder. In October, Us Weekly reported that the Sussexes were considering moving to Canada. Its source claimed that the family, who have been dogged by the constant tabloid press, may opt out of the conventional royal life. Relocating “is an option”, says the source, adding that “Meghan and Harry are considering it for the future”.

Not So Happily Ever After?

Although Meghan Markle was no stranger to the media attention and even eagerly shared her opinions and daily highlights on her blog when she was an actress, she and her husband ended up in a war with the tabloids, feeding rumours and speculation about their family matters.

Prince William is ‘Worried’ About his Brother Harry Amid Rumoured Rift Between the Royals
In October 2019, the Duke of Sussex announced that he and his wife were taking legal action against the Daily Mail newspaper and DMG media for publishing a private letter written by Meghan to her father. In his statement, Prince Harry branded his wife “one of the latest victims of a British tabloid press that wages campaigns against individuals with no thought to the consequences – a ruthless campaign that has escalated over the past year, throughout her pregnancy”.

Apart from the relations with her father, tabloids competed in digging up stories about Meghan and Harry’s alleged feud with the rest of the family, namely Prince William and his wife Kate, her reported uneasy relations with the palace staff, as well as accusations of hypocrisy for flying private jets amid climate activism. For example, one such report suggested that Prince Philip had expressed concern that “one steps out with actresses, one doesn’t marry them” in the wake of his grandson’s romance, while Prince William worried about the speed of his brother’s relationship.