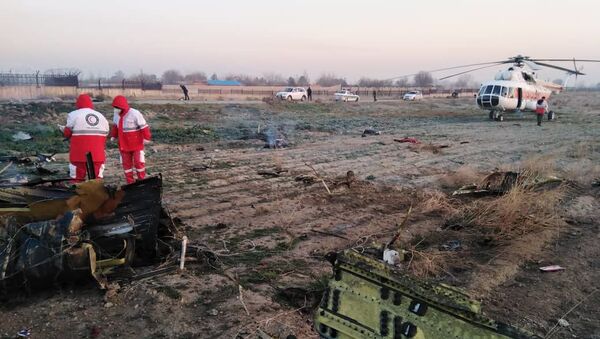 The Ukrainian Boeing 737 crashed on Wednesday morning near Tehran's Imam Khomeini International Airport killing all passengers and crew on board.

A passenger plane from Ukraine International Airlines (UIA) with 168 passengers and crew has crashed shortly after take-off.

"According to preliminary information from a UIA representative, on 8 January 2020, a UIA passenger aircraft suffered an accident and crashed not far from the airport, after take-off from Imam Khomeini International Airport (Tehran). According to the information that is being verified, the passengers on the aforementioned flight and the crew members died", the Ukrainian Foreign Ministry wrote on Facebook.

According to the Iranian Red Crescent Society, 179 people died in the crash, including 32 foreigners.