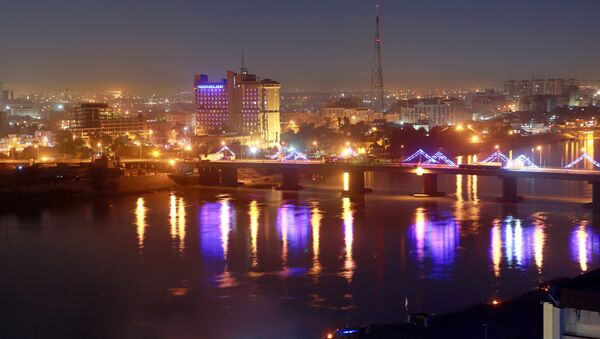 According to Al-Mayadeen, two rockets fell in the Green Zone in central Baghdad, where government buildings and diplomatic facilities are situated.

"Two rockets fell in the Green Zone in the centre of Baghdad, there is no information on any damage yet," the source said.

Later, the country’s security services said that no people were injured.

“Two Katyusha rockets fell in the Green Zone, no people were injured,” the security services’ press service wrote on the Twitter page on late Wednesday.

This is not the first time the Green Zone has been attacked. Late on Sunday, heavy shelling targeted the Green Zone. The Iraqi military said that at least 3 shells, identified as Soviet-made Katyusha MLRS rockets, hit the centre of Baghdad.

The tensions in the Middle East dramatically escalated after Iranian general Qasem Soleimani was killed in a US drone strike ordered by US President Donald Trump at Baghdad International Airport. Iran has followed through with its promise to retaliate for the death of Soleimani by launching a massive missile attack on American military facilities in Iraq on late Tuesday.