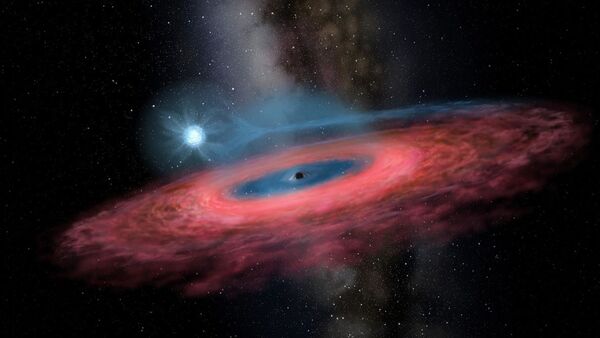 © Photo : YU Jingchuan / Beijing Planetarium
Subscribe
The black hole M87, which recently received the Hawaiian name "Powehi", and the jet of high-energy particles blasting from its centre have been observed by astronomers for years. NASA’s Chandra X-ray observatory was the first to record the extreme speeds of this radiation.

Crash of the Titans: Scientists Spot Strange Neutron Star Collision, Possible New Kind of Black Hole
At the same time, the combination of the Chandra observations and the data from the Event Horizon Telescope, which allowed seeing the ring around the black hole said to be a hundred million times smaller than the aforementioned jet, can help paint a broader picture.