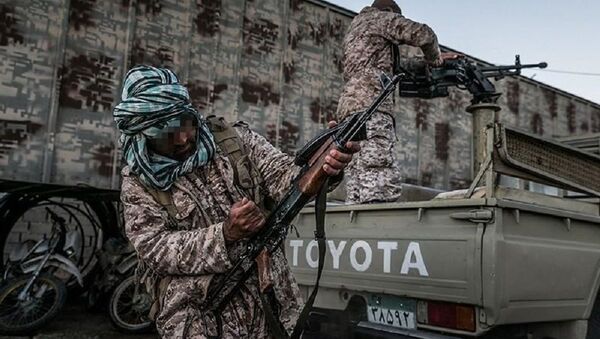 The reports come on the heels of Wednesday's Iranian missile attacks on two airbases in Iraq housing US troops in response to the killing of Iranian Quds General Qasem Soleimani in Baghdad by the US.

The Iranian Army has insisted the US must withdraw its troops from the Middle East, the national broadcaster reported citing an informed source. It added that none of Tehran's missiles aimed at US targets in Iraq were intercepted, but that 80 people had been killed.

"Now that they have understood our power, it is time for the United States to withdraw its troops from the Middle East", Iranian Armed Forces Chief of Staff General Mohammad Baqeri said in a statement brought up by state television.

The same TV report went on to specify that 15 missiles were launched, with them "severely damaging" US helicopters and other military equipment. According to state TV, Iran has 100 other targets "in sight" in the event the US pushes forward with retaliatory measures.

The US hasn't yet commented on the media reports.

US President Trump earlier voiced an intention to make a statement on Iran Wednesday morning, saying "all is well" and bragging about "the most powerful and well equipped military anywhere in the world, by far".

All is well! Missiles launched from Iran at two military bases located in Iraq. Assessment of casualties & damages taking place now. So far, so good! We have the most powerful and well equipped military anywhere in the world, by far! I will be making a statement tomorrow morning.

The renewed demand for US troops to be withdrawn from the Middle East came shortly after the elite Revolutionary Guards launched missile attacks on American targets in Iraq. The US hasn't retaliated in any way so far.

Last week saw Iranian General Qasem Soleimani killed in a US drone strike ordered by US President Donald Trump at the Baghdad International Airport to prevent US personnel losses after the controversy around the US Embassy raid in Iraq.

POTUS himself reportedly told a confidant that he wanted to deliver a warning to Iran not to mess with American assets, while being eager to project an image of strength and replicate the message he delivered late last year after approving the raid that killed Daesh leader Abu Bakr al-Baghdadi: the US is determined to hunt down its enemies in any corner of the world.

Right after Soleimani's demise, Iranian President Hassan Rouhani swore that Tehran would seek vengeance for the death of the general known to be behind spreading Iran's policies well beyond the country's borders.