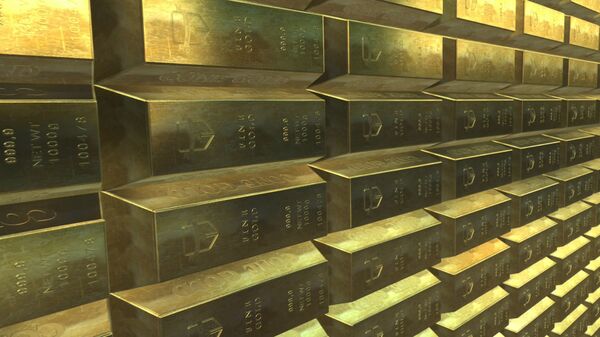 CC0 / /
Subscribe
International
India
Africa
Cashing in on almost non-volatile gold is viewed by investors as a reliable way to avert risks at a time of political or some other crisis, and now appears to be the right time.

Gold went up above $1,600 an ounce, to a 7-year high, around the time Iran attacked US military facilities on Iraqi soil, while palladium climbed to a new record of almost $2,100 an ounce.

The most recent spot gold surge amounted to 2.4 percent straight after Tehran fired a series of rockets at the American airbases in the early hours of Wednesday, with the financial development being called a “significantly higher risk aversion among market participants", as an analyst at Commerzbank AG put it. He explained the missile attack had prompted investors and other market players to seek “refuge in gold as a safe haven".

Meanwhile, there can be no certainty in the upcoming forecasts, as the US hasn’t yet provided details on the number of casualties in the Iranian attack.

Commenting on Wednesday's assault on the US facilities, the Islamic Republic’s leadership argued Iran wasn’t seeking a war but would go ahead with retaliation should the US kick-start a full-fledged military campaign.

US-Iranian tensions culminated late last week after elite Quds Force commander Qasem Soleimani was killed in a drone attack, prompting a massive burst of outrage and fury in Iran. Trump issued an order to this end, as Iran-supported Iraqi militia men raided and vandalised the US Embassy premises in Baghdad.