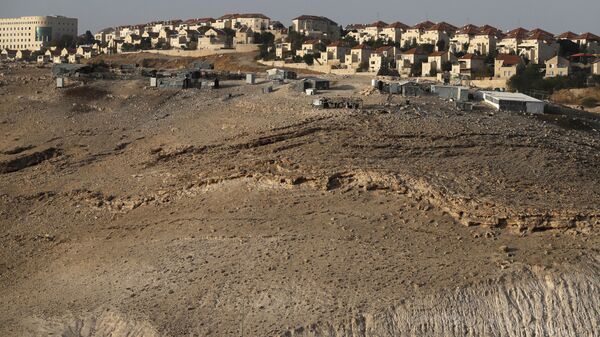 "We learned with great alarm about the Israeli government’s decision to expand settlements in the West Bank. The government calls to abandon all steps that further complicate a peaceful solution to the conflict in the Middle East", the statement read.

An Israeli watchdog for the Middle Eastern peace process said Israel had moved in the past days to build extra 1,936 housing units in the territories that might need to be vacated under Israel's prospective peace deal with Palestinians.

Israel's continued construction of settlements in the West Bank is one of the main issues that has hindered any progress in settling the conflict between Palestinians and Israelis. Palestine has been demanding that its borders be reset to those that existed before the Six-Day War, but Israel has been refusing to concede.

Israel has been building homes for Jewish settlers in lands it annexed in the 1967 war. Some 600,000 Israelis now live in the occupied West Bank and Eastern Jerusalem. The United Nations does not recognize these settlements as legal.