As Tensions Rise to Boiling Point, is the Middle East Becoming a No Fly Zone? 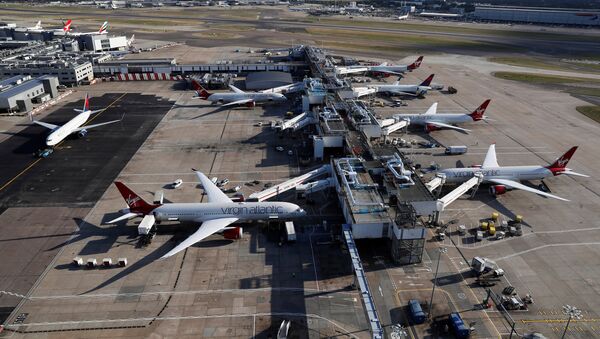 The Federal Aviation Authority has banned US airlines from flying over Iran, Iraq or the Persian Gulf while conspiracy theorists on social media are speculating about the real cause of the plane crash near Tehran airport. So what does it mean for travellers?

Commercial airlines have started rerouting flights to avoid the Middle East amid the growing tensions between the United States and Iran.

Many of the world’s busiest air routes - between Europe and India, China and Australasia and between Africa and Asia - pass over Iran, Iraq, the Persian Gulf or the Gulf of Oman.

If it turns out that Iran accidentally shot down a passenger plane primarily full of its own citizens, that will not only represent a tragic catastrophe, but an utter embarrassment.

​But the assassination of Iranian General Qasem Soleimani by a US drone last week and the Iranian threats of revenge, followed by missile strikes on US bases in Iraq have ramped up tensions in the region.

The FAA has banned US airlines from flying over the region and many other carriers are looking to take diversions, either over the Caspian Sea and Central Asia or over Saudi Arabia, Yemen and the Indian Ocean.

US FAA and Singapore Airlines to avoid Iraq and Iran airspace. Flightradar24 maps showing SIA flights over Turkmenistan instead of Iran. But many other flights remain over Iraq and Iran. pic.twitter.com/ZBJzfTE6ka

​The FAA said there was `potential for miscalculation or mis-identification” and India’s aviation authority followed suit and told Indian carriers to divert.

- If there was an engine fire the plane would’ve slowed down, and the pilots would’ve made their way back to the airport. It kept climbing.
- Fire suppression systems would’ve prevented the plane from turning into a ball of fire.
- Shrapnel damage on wings & fuselage. pic.twitter.com/q0lhwhjNYu

​But the southern route means flying over the civil war in Yemen, where Houthi rebels have fired missiles at targets within Saudi Arabia.

It was followed on Wednesday, 8 January, by Air France and KLM who both said they had suspended all flights over Iran and Iraq indefinitely.

Is it just me or is just a coincidence that the Iranian Malard missile launch site just happens to be in front of the flight path of the Ukrainian flight? pic.twitter.com/RFI9mbLMnF

​The Russian aviation agency, Rosaviatsia, told Russian airlines to avoid flying over Iran, Iraq, the Persian Gulf and the Gulf of Oman "due to existing risks for the safety of international civil flights."

Australian carrier Qantas is also altering its non-stop flight from London to Perth to avoid Iranian and Iraqi airspace.

But because of the diversion Qantas said it would have to remain in the air for an extra 45 minutes, which meant it had to carry more fuel and fewer passengers. The cost of tickets can be expected to rise as a direct result of the move.

JUST IN: Emirates Airlines to avoid Iranian and Iraqi airspace

​Initial reports about the cause of a Boeing 737 crashing after take-off from Tehran International Airport stated it was due to “engine failure” but there is significant speculation on social media about it having been mistakenly brought down by an Iranian missile.

Qassem Biniaz, a spokesman for Iran's Road and Transportation Ministry, said
the plane had taken off from Imam Khomeini International Airport when a fire struck one of its engines.

​Malaysia Airlines - which famously lost an aircraft in 2014 after allegedly being shot down by a missile over Ukraine - said its planes would avoid Iranian airspace “due to recent events.”

German airline Lufthansa cancelled a flight from Frankfurt to Tehran on Wednesday and has also cancelled Saturday’s service to Erbil in the Kurdish north of Iraq.

Emirates has also cancelled its regular flights from Dubai to Baghdad.