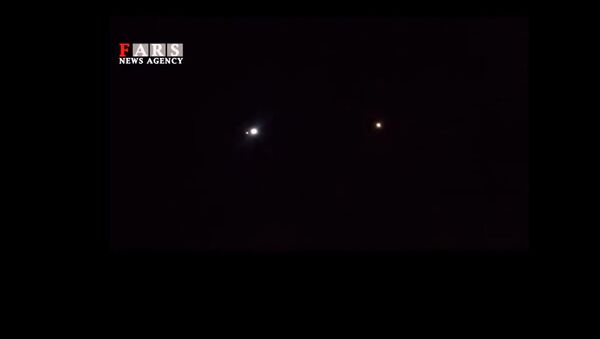 At least two US military facilities have been attacked this evening as part of a retaliatory move for the targeted killing of Iran's top military commander Gen. Qasem Soleimani in Baghdad on 3 January.

Iran's Islamic Revolutionary Guard (IRGC) has taken responsibility for the attacks on Ayn al-Asad Air Base in western Iraq and the military base in the northern city of Erbil, in Iraqi Kurdistan, where American military personnel is currently deployed.

The Pentagon has confirmed the attacks, adding that President Trump was monitoring the situation.

Iranian state TV reported of more than 35 rockets launched only at the Ayn al-Asad this evening, as part of the revenge operation dubbed "Martyr Soleimani".

Alleged footage from the scene has been shared on Twitter.

There have already been reports of casualties among the Iraqis.