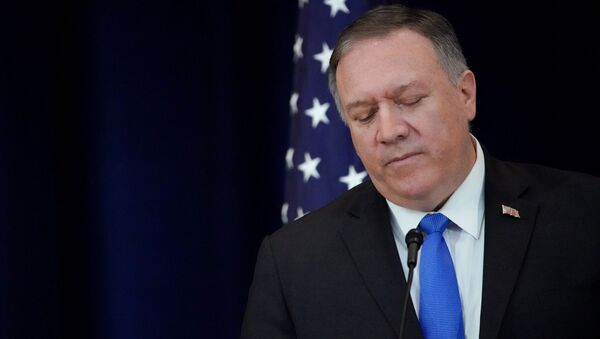 "The Secretary underscored that the United States does not seek war with Iran and remains committed to de-escalation", Ortagus said on Monday.

Pompeo also thanked the bin Salman for his continued efforts toward a political resolution to the conflict in Yemen, the note added.

Earlier, however, US President Donald Trump warned Iran against any retaliation, saying that the United States would otherwise strike 52 sites in the Islamic Republic "very fast and very hard", with 52 being a reference to the number of American officials who were taken hostage in the embassy in Iran in 1979.

Commander Qasem Soleimani was killed in a targeted US drone strike on the Baghdadi Airport on 3 January. President Trump said the general "was plotting imminent and sinister attacks on American diplomats and military personnel", but failed to provide any evidence.

Iranian Foreign Minister Javad Zarif condemned the attack, which has sparked widespread discontent throughout the Middle East as well as from a number of countries outside the region, and pointed out Soleimani 's commitment in the fight against terrorist groups.

Saudi Arabia has been the US' ally against Iran in the region. Tensions between the two states escalated earlier in September when two major Saudi Aramco oil facilities were attacked by drones, for which the Kingdom blamed Tehran. The Yemeni Houthi rebels, however, have claimed responsibility for the September attack.

Washington has exerted continuous pressure on Iran, claiming it has an "illegitimate regime" that has to be ousted.