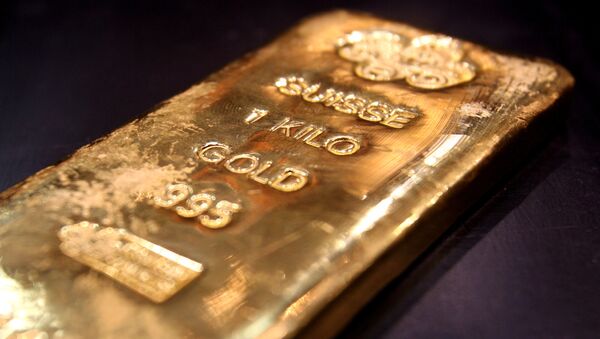 Goldman Sachs commodity strategists projected that the risks for oil prices are skewed to the downside in the coming weeks, with a fair value of $63 per barrel, making gold a stronger hedge amid the escalation of tensions between the US and Iran.

Both oil and gold prices rose sharply on Friday and have continued to climb after Iran’s top military commander Qasem Soleimani was killed in a US airstrike in Baghdad, sparking fears of retaliation from Tehran. The rise was triggered by the concerns that the recent escalations will lead to oil supply disruption, with Brent prices reaching $70 per barrel at one point during the weekend – for the first time in four months. Goldman Sachs analysts, however, suggested that the range of possible outcomes is too large for oil to sustain its current price of $69 per barrel.

“The range of potential scenarios is very large; spanning oil supply shocks or even oil demand destruction — which would be negative to oil prices. In contrast, history shows that under most outcomes gold will likely rally to well beyond current levels,” Global Head of Commodities Research Jeffrey Currie and his team said in a note Monday.

Oil prices had peaked to their highest levels since the assault on two Saudi Arabian production facilities last September. But absent a major supply disruption, Goldman Sachs projected that the risks are skewed to the downside in the coming weeks, with a fair value of $63 per barrel.

Currie highlighted that the precious metal could have further potential for growth, as spikes in geopolitical tensions – like wars or military escalations – have historically led to higher gold prices when they are severe enough to cause currency debasement.

“Accordingly, we found that gold performed well, even controlling for real rates and dollar weakness, during the beginning of both Gulf wars and during the events of September 11, 2001,” Currie’s note highlighted. “Therefore, additional escalation in US-Iranian tensions could further boost gold prices. All in all, we stick with our three, six and 12-month forecast of $1,600/toz but see upside risks if geopolitical tensions worsen.”