Four Out of Five Israelis Think Their Leaders are ‘Corrupt’ – Poll 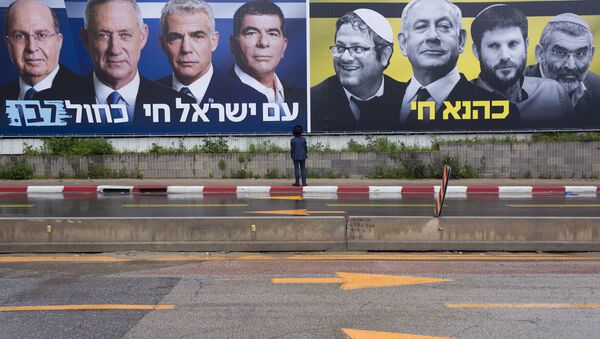 More than four out of every five Israelis consider their leaders to be corrupt, polling conducted by the Guttman Center for Public Opinion and Policy Research for the annual Israel Democracy Index report has found.

The polling, conducted in May 2019, and asking a sample of 1,014 interviewees their views on a range of issues, also found that Israel’s military was the country’s 'most trusted' institution, with 90 percent of Israeli Jews and 41 percent of Israeli Arabs saying they ‘trust’ the Israel Defence Force. President Reuven Rivlin and the Supreme Court also showed high levels of trust (71 percent and 55 percent trust among Jewish respondents, 37 and 56 percent trust among Arabs, respectively). Institutions which Israelis do not trust include the police (44 and 38 percent trust among Jews and Arabs), the media (36 percent trust), the Knesset (30 and 24 percent), the government (30 and 28 percent) and political parties (14 and 20 percent).

Corruption perceptions have been growing steadily since Israel Democracy Index began measuring attitudes. In 2014, just 43 percent of Israelis believed their leaders were corrupt.

The 2019 Israel Democracy Index was presented to President Rivlin on Tuesday. Commenting on the report, Rivlin said the lack of trust in Israeli society was understandable given the current political situation. “For a year now, the security, economic, social and diplomatic challenges we face are not being dealt with by a stable government. You do not need to be an expert to understand that the tailspin we find ourselves in is problematic, and even dangerous,” the president said, pointing to a recent "erosion" of public trust in democratic institutions.

Israel was trapped in a historically unprecedented political deadlock for much of 2019, with parliamentary elections in April and September failing to allow Prime Minister Netanyahu’s Likud or the Blue and White opposition to cobble together a new government. Israelis are set to go to the polls for a third round of voting in March. Netanyahu’s cabinet is acting as a caretaker government until then.

Netanyahu was formally indicted on charges of corruption, graft and breach of trust in November, and is accused by prosecutors of accepting expensive gifts in exchange for political favours, and of illegally attempting to influence media to run positive coverage of his premiership. He has denied any wrongdoing, and has claimed that his indictment was a “witch hunt” and “attempted coup” by opponents.

On Sunday, the opposition announced that it had the support of enough members of the Knesset to convene a committee to discuss Netanyahu’s request for immunity from prosecution. If the opposition manages to reach a consensus, the prime minister will face trial over the charges he faces.