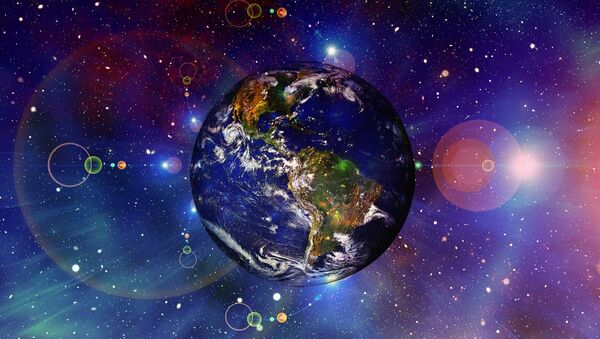 Svetlana Ekimenko
All materialsWrite to the author
A landmark discovery has just been announced by NASA's Transiting Exoplanet Survey Satellite, TESS, launched in 2018 and tasked with seeking out planets outside of our solar system that could support life.

NASA's planet-hunting mission TESS, launched in 2018, confirmed it has spotted the first potentially habitable exoplanet orbiting a star about 100 light-years from Earth.

​The findings were announced by the agency at the a meeting of the American Astronomical Society on 6 January in Honolulu.

Known as TOI 700 d, the planet is one of three orbiting a small, dwarf star in the Dorado constellation, and happens to be at just the right distance to support liquid water on the surface in the star's habitable zone.

Meet three new exoplanets discovered by @NASA_TESS. One of the planets, TOI 700 d, is an Earth-sized🌍 world in its star's habitable zone (where liquid water💧 *could* exist on the surface).

The newfound planet is one of a select few potentially habitable planets discovered outside of our solar system. It also happens to be the size of Earth.

Once the news hit the headlines, it generated a swathe of memes and comments on social media.

​Many jokingly wondered when “one could move”.

This will come in handy. It will only take approximately 3.7 million years to get there. I'll start packing.

Does it have Oil ? Asking for a friend

When can we move in?

You had me at potentially

If the fishing is good, I'm moving

​Some netizens managed to put a political twist on it.

Don’t tell republicans. They will destroy it!

I think my brain has the same chemical reaction to these articles like when I see Apollo, thank you 🙌

Is there a weird Orangey world leader there already ruining it or no?

​Others hit social media to lament that the newfound planet would be yet another one for mankind to destroy.

So we can demolish another?

Better find some more Earth-like planets, bc we destroy them too fast.

​Still others put a damper on things, referring to basic scientific facts.

Yrah! It will take us thre trillion years to get there.

It's 100 light years away, which is at least a million years of travel, moving at speeds much faster than we can reasonably attain.