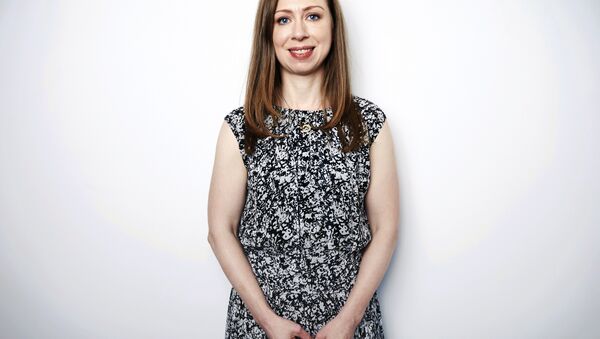 Chelsea Clinton has reaped $9 million in compensation since 2011 for serving on the board of an internet investment company, according to Barron’s, a financial publication.

Barron’s reported Sunday that Clinton has profited as a board member for IAC/InterActiveCorp, a media and internet investment company that has an ownership stake in 150 well-known brands, such as Vimeo, Tinder, Angie’s List and Home Advisor. The only child of former President Bill Clinton and 2016 presidential candidate Hillary Clinton has served on IAC’s board since 2011 and receives an annual $50,000 retainer and $250,000 worth of restricted IAC stock units, according to Barron’s.

She reported owning $8.95 million worth of IAC stock to the Securities and Exchange Commission at the end of December.  According to Barron’s, IAC’s stock has risen 89 percent, 50 percent and 36 percent in 2017, 2018 and 2019, respectively, in an extremely steep rise.

Clinton was also named to the board of Expedia Group in March of 2017, a position that typically earned $250,000 in 2015, according to a report at the time by The Guardian. Both IAC and Expedia are controlled by Barry Diller, a business and television mogul and, notably, a friend of Hillary Clinton.