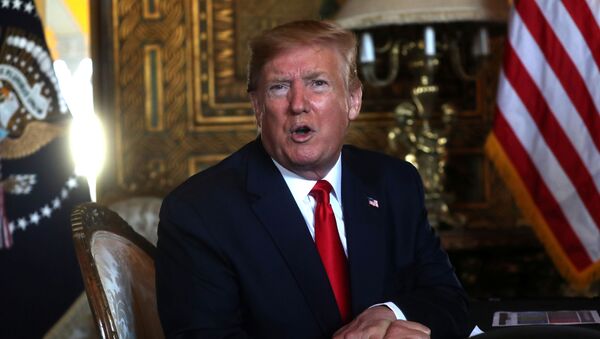 MOSCOW (Sputnik) – US President Donald Trump doubled down on his threats to strike Iran’s cultural sites if Tehran attacks the United States, as critics of the plan note that such strikes could amount to war crimes.

On Saturday, Trump said that the United States had identified 52 targets, including those important for the Iranian culture, that would be struck if Iran attacks US individuals or assets.

Iranian Foreign Minister Mohammad Javad Zarif said on Sunday that Trump’s threats were an admission that the US was ready to commit war crimes.

The US military bases in Iraq have faced multiple attacks over the past two months. In late December, the United States killed dozens of members of the Iranian-backed Kataib Hezbollah militia group in response to a deadly on a US military base in Kirkuk. The developments triggered Shiite protests and a siege of the US embassy in Baghdad.

On Friday, the United States carried out an airstrike near the Baghdad airport, killing Qasem Soleimani, the commander of the elite Quds Force of the Iranian Islamic Revolutionary Guard Corps, and Iraqi militia leader Abu Mahdi Muhandis.

The United States said the strike was required to avert an imminent attack on Washington. However, no proof of the alleged plot was provided.

Speaking to reporters on board Air Force One on Sunday, Trump said the White House "may discuss" releasing the intelligence on Soleimani’s alleged plan to attack the United States, according to CNBC.