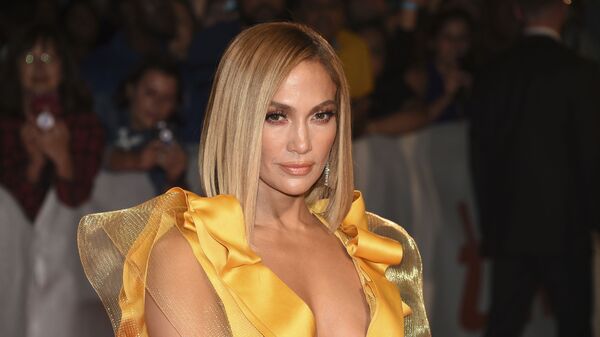 Svetlana Ekimenko
All materialsWrite to the author
Last year, American actress and singer Jennifer Lopez was nominated for a Golden Globes award for the first time in two decades, for her supporting role as Ramona in Hustlers, a 2019 black comedy crime drama.

Every January, the Golden Globes kick off the film industry’s awards season; the event is hosted by the Hollywood Foreign Press Association. The 77th Golden Globes ceremony, honouring films and television seasons released during the last year, was held at the Beverly Hilton in Beverly Hills, and hosted by comedian Ricky Gervais.

American actress Jennifer Lopez, a veteran of the red-carpet look, arrived at the 2020 Golden Globes with fiancé Alex Rodriguez in a dress that stole the show, and not necessarily in a good way… The Hustlers star, known for showing off figure-hugging gowns and eye-catching jewels when she hits the limelight, went with a green, gold and cream Maison Valentino gown crafted with a huge bow on the front, with her hair up in an oversized braided bun.

The Jenny from the Block singer’s outfit wasn’t exactly what red-carpet watchers were hoping for, judging by the comments it sparked on social media.

Twitterverse fans rushed to the social media to provide their own commentary on J. Lo’s outfit, with one making a comparison to San Juditas Tateo, one of the Twelve Apostles.

Jennifer Lopez looks like she tripped and fell backwards through a Michael’s pic.twitter.com/gVLJLQxVdC

Wondering if she was trying to copy @VancityReynolds ugly Christmas sweater? #GoldenGlobes pic.twitter.com/5mWPOyFq4q

Looks like she is using up some leftover Christmas bows.

​Other fans deplored the poor effort on the part of the celebrity’s stylist.

She should fire her stylist or whoever convinced her to wear this.

I LOVE LOVE LOVE Jennifer Lopez, but tonight's gown is a mess. The braided bun is a NO, too. It hurts me more to even type this. #GoldenGlobes

She looks like she has on a Christmas tree skirt pic.twitter.com/sFEWi93GR0

the gold and green was on christmas clearance

Repurposing a gift box. That wedding must be costing a fortune.🤪

I mostly always like her red carpet looks, but this dress just swallows her up and not a good look on her. That bow is just to big, too much, too frilly, too everything that shouldnt be on that dress

The sad last present under the tree

​However, the most devoted fans were not prepared to let a fashion setback ruin the moment for them.

Jennifer Lopez looks great in whatever she wears.

​The Golden Globes nomination for her role as Ramona in the 2019 black comedy crime drama Hustlers was J. Lo’s first in two decades. When she discovered she had been nominated, last year, the actress took to Instagram to share her excitement.

“Hi guys, I’m just waking up and I just heard that I got nominated for best supporting actress for a Golden Globe. Oh my god, it’s been 20 years since I was nominated for Selena... I just want to thank the Hollywood Foreign Press Association for this incredible honour. I am humbled and so excited to be recognised for this role as Ramona in Hustlers. Thank you so much! And I’ll see you at the Globes!” she said in the video.

Could not be prouder to be recognized by the #HFPA. Ramona was a complicated character and it was an honor and challenge to bring her to life. Hustlers was a labor of love, sweat and perseverance written, directed, produced, edited and starring a group of bad-ass women. I am proud and honored to represent them and this film!!!! ♥️♥️ @goldenglobes #HustlersMovie #Ramona Thank you so much Hollywood Foreign Press Association!!! ♥️♥️ 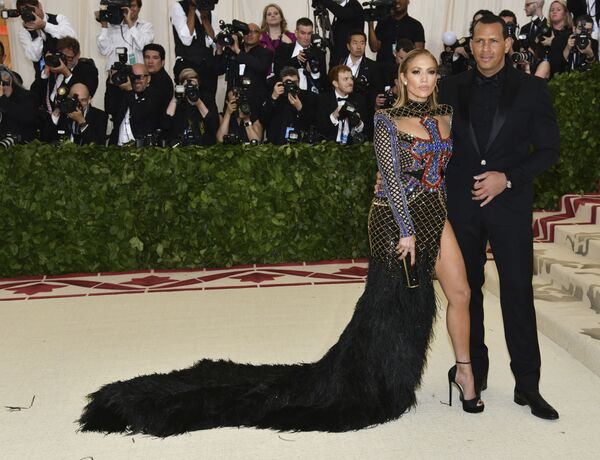 At the ceremony, Once Upon a Time in Hollywood won best picture (comedy/musical) and best screenplay for Quentin Tarantino,