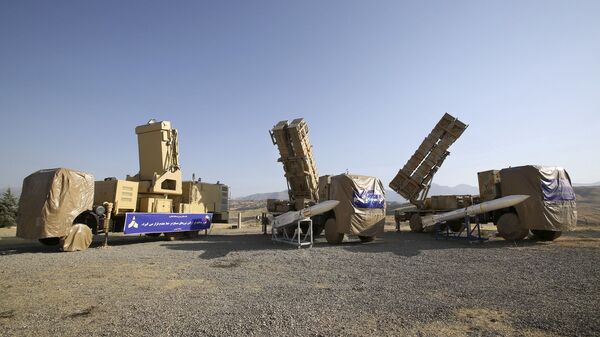 An unnamed US official claimed that Iranian missile forces across the country were on a "heightened state of alert", noting that the US military have been closely watching for further moves by Tehran, Reuters reported.

According to the report, the official said that "it was unclear whether the higher readiness level was defensive in nature or not".

The report comes on the heels of a rocket attack that targeted the Green Zone in central Baghdad, where government buildings and diplomatic facilities are located.

According to an Iraqi military statement, six katyusha-type projectiles late on Sunday hit the area, with three shells hitting the heavily-fortified Green Zone and three others striking the nearby Jadriya area.

Tensions in the Middle East sharply escalated following the assassination of Soleimani, the IRGC commander of the Quds Force, as well as Abu Mahdi al-Muhandis, the deputy commander of an Iraqi Shia militia group, in a targeted US attack on Friday.

US President Donald Trump claimed the recent strikes were a preemptive, defensive move to prevent war, although later boasted that Washington had identified 52 Iranian military and cultural targets at which US forces were ready to strike. Iranian President Hassan Rouhani stated that Tehran will take revenge for what it views to be a terrorist action by the US.