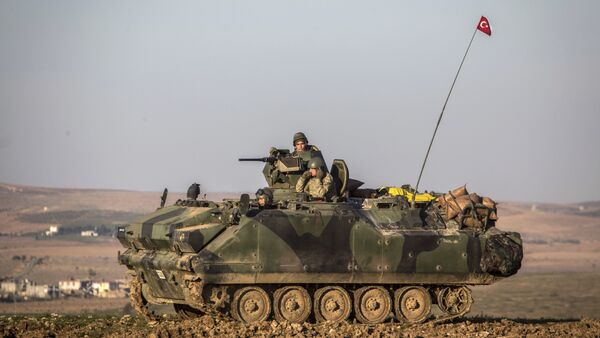 The Libyan National Army (LNA) commander, Khalifa Haftar, announced a "decisive battle" for Tripoli. His opponents, the UN-backed Government of National Accord (GNA), responded by asking Turkey to provide military support, prompting Haftar to declare a general mobilization of his forces to resist what he describes as a foreign invasion.

Turkish President Recep Tayyip Erdogan said Sunday that Turkish forces have embarked on a military mission to Libya for "coordination and stability".

The Turkish parliament green-lighted sending troops to allies in Libya who have been under siege since April 2019 by Haftar's eastern-based LNA. The Turkish move is reportedly prompted by history, as Libya was, until 1911, formerly a part of the vast Ottoman Empire.

Erdogan has been repeatedly accused of seeking to reclaim territories that were controlled by the Ottoman Empire prior to its defeat and dissolution in the wake of World War I.

Libya has been in state of a civil war since its longtime leader, Muammar Gaddafi, was overthrown in 2011. Since then, political power in the country has been split between two rival governments: the Council of Deputies based in Tobruk and the Tripoli-based General National Congress. Following the signing of a UN-brokered Libyan Political Agreement in December 2015, a Government of National Accord has been established in the county and started its work in late March 2016.

Media reports have alleged, citing sources, that the Trump administration was mulling an ambitious plan to divide Libya into three areas based on three old Ottoman provinces: Cyrenaica in the east, Tripolitania in the north-west and Fezzan in the south-west.

The LNA's field marshal, Haftar, slammed Turkish support of the western-backed GNA and declared "a jihad", calling for the mobilization of "men and women, officers and civilians" to resist Turkish military operation.

Libya is currently destabilized and fragmented into territories controlled by rival political forces. The feud has spawned the emergence of numerous terrorist groups, particularly Daesh*, which has been carrying out attacks on Libya’s oil infrastructure.

*Daesh (ISIS, Islamic State, IS, ISIL) is a terrorist group banned in Russia and many other countries.