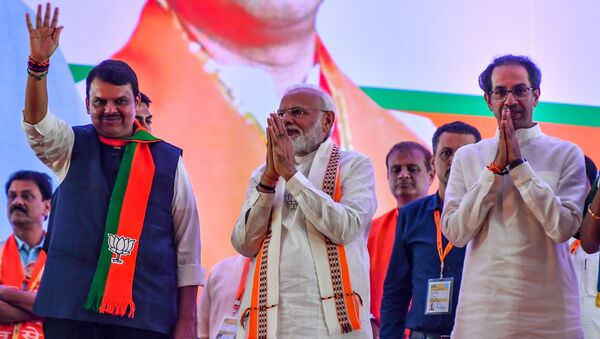 Kicking off the BJP's campaign to gather support for the controversial citizenship law recently introduced by the federal government, the Chief of India’s Uttar Pradesh State, often labelled as a Hindu hardliner by opposition parties, has begun his 10-day door-to-door campaign in the northern state.

The BJP leader has started his campaign from the Gorakhpur district of the India’s most populous state, from which he was a member of parliament. Adityanath vacated the seat after becoming the Chief Minister of the State.

The BJP has said that the drive is an effort to clear “misconceptions” about the CAA that resulted in violence in the state. The government also alleged that “misconceptions” were being spread by the opposition parties, which seek to obtain a political advantage amid the unrest.

Uttar Pradesh is often regarded as a diverse, communally sensitive state. It reported highest number of casualties during recent protest violence; 19 died and nearly 1,100 were arrested for instigating violence during the anti-CAA protests.

Meanwhile, other influential leaders of the BJP such as Home Minister Amit Shah and the party’s Working President JP Nadda will also lead the campaign in other parts of the country later in the day.

India witnessed widespread protests against the new citizenship law, which allows the granting of citizenship to non-Muslim immigrants from Pakistan, Bangladesh and Afghanistan who faced persecution at home and entered India on or before December 2014.

While the opposition has labelled the bill as discriminatory towards Muslims, Amit Shah denied these allegations in Parliament, saying that no Indian Muslim has anything to fear from the passing of the legislation.