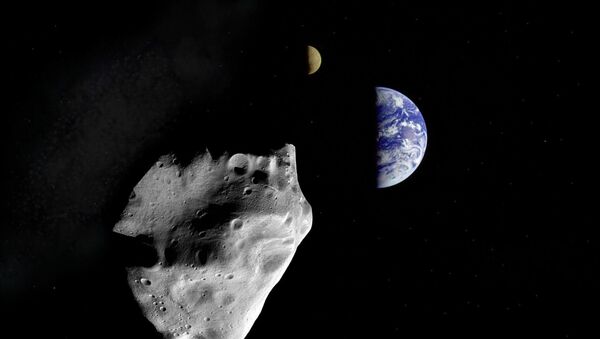 Despite its massive size and the high speed it travels at, the space rock is expected to pass our planet at a distance of over 4 million kilometers.

It seems that our planet is about to have yet another relatively close encounter with a massive space rock as an asteroid designated by NASA as 2019 UO is expected to pass by Earth on 10 January.

As the Daily Express points out, the rock, labeled as a "potentially dangerous asteroid" by the space agency, measures between 250 and 550 meters in diameter, potentially putting its size on par with such terrestrial landmarks as Ostankino TV Tower in Moscow in terms of height.

The asteroid, however, is expected to pass our planet at a distance of over 4 million kilometres, making it only a potential, rather than a clear and present, hazard.

This particular space rock is next going to approach Earth only in 2032, the newspaper adds, citing NASA’s estimates.

Previously, a duo of meteorologists described what could happen if an asteroid was to hit our planet, with potential catastrophic consequences including "intense heat, flying debris, tsunamis, seismic shaking and annihilation from the direct impact and cratering".